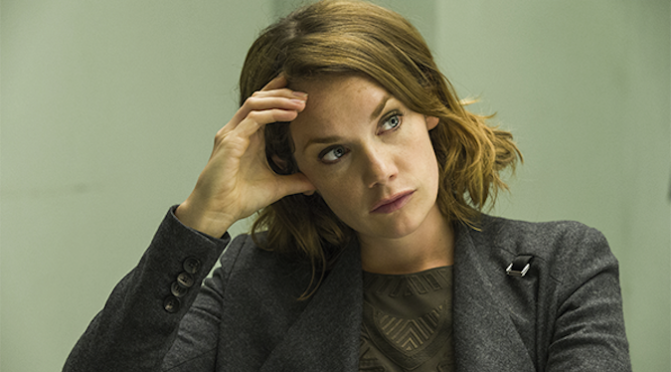 The second hour of The Affair expands on the first episode not only by advancing the story with additional plot complications but, more importantly, by delving deeper into Noah and Alison and their present-day perceptions of the ill-fated affair. The biggest plot-point revelation is the purpose of the investigation that frames The Affair, that being tied to a murder case, and we already know a few bits and pieces of that crime. “Just trying to figure out if anyone might have had a motive to kill this fella,” the detective states, while Alison later mentions something about “whoever ran him down”. This is, of course, only the second episode of the show, so it’s tough to say how much of this is actually truth. Still, The Affair isn’t giving us these pieces for no reason.

And so we begin speculation early, using what we’ve been given so far. An obvious choice of victim would be Joshua Jackson’s Cole, Alison’s husband. If Noah and Alison engage in an affair that becomes increasingly involved, it’s only a matter of time before Cole finds out. This early in the game, that possibility could easily be a red herring. Could it be someone more minor, like Oscar the diner owner? Noah’s father-in-law, perhaps, using the discovery of the affair as blackmail material? The person who ends up being this “victim” might not even have been introduced yet, but it’s a fair bet that they crop up somewhere in season one.

Noah’s account in this second episode is fairly straightforward. He says he thinks Alison is “bad news”, but he’s clearly got her on his mind. He sees her at a little farmer’s market and approaches her, she gives him a bit of a cold shoulder, and then they meet up again by chance at a party. I understand that Montauk is a small town, but Noah and Alison run into each other more than I run into the people who live next door. Anyway, Noah’s account also contains the first explicit instance of lying to the detective when we see him return to the party after “leaving” and kissing Alison. It’s probably safe to assume that the lies go well beyond that.

Meanwhile, Alison’s own account paints her as an even more sympathetic character dealing with the agonizing loss of her infant son. This pitiful portrait, of course, could also be a complete farce constructed by Future Alison, which would mean she’s basically the opposite of sympathetic. If so, it’s laid on thick. She’s asked a question about her sex life when she was young, and she balks and says “all I did at school was study.” Riiight.

One of the only instances of overlap between the two accounts is the line “what if marriage means different things to different people?”, along with the settings and the major events (party, beach). It will be interesting to see how different the two accounts become, to see if they peel off from one another and paint different pictures for the inquisitive detective. Noah and Alison are tough to figure out in these first two episodes — they each describe each other as a predator of sorts, while their own narrative descriptions of themselves are smiling and innocent. Our task, then, is the same as the task of the detective: to sort their lies from their truths, to figure these people out.

Tough as it may become to keep track of these personalities, you have to marvel at how tough it must be to portray such malleable characters. Both Dominic West and Ruth Wilson have to be seedy and aggressive and borderline menacing in one version and then turn around to be timid and innocent in the other, and they both nail it. Inside their own accounts Noah and Alison are introverted, lonely individuals that see other people in a single chummy mass of enviable and unattainable happiness. Beyond the question of whether we believe one account or the other or trust Noah or Alison in their reciting of the entire affair, the show has already demonstrated in a very subtle way how often a person can seem to be someone they’re really not. 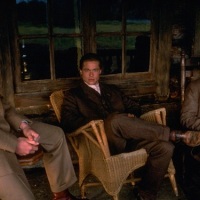 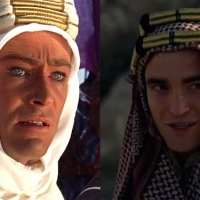