Of the nine Best Picture nominees at this year’s Academy Awards, four of them — that’s a healthy 44% — address predatory love. Okay, maybe only three if you don’t include The Shape of Water, though, technically, yes, the protagonist is in love with a literal predator. Down to 33%, which is still a higher percentage than you’d expect from American awards season. Though I suppose Three Billboards Outside Ebbing, Missouri is never really about rape, only using that (as it used a number of other social issues) as a springboard for dramatic explorations of entirely different social issues. So, okay, fine: 22%.

That leaves Phantom Thread and Call Me By Your Name, both of which are absolutely, inescapably, 100% concerned with “love” that’s mostly characterized by dominance on one side. I should state that I put “love” in quotations because there is, of course, an easy rebuttal to calling such a thing love at all. I should state that jokes equating Shape of Water‘s fish-man to Thread‘s obsessive Woodcock or Call Me‘s way-too-old Oliver have zero business in a serious discussion of this topic. And I should state that I’m a white American male in my late-20s, admittedly a category not known (at the moment, anyway) for our prowess in deft handling of sexual abuse talks. Maybe I have zero business here along with fish-man.

The writer of this Boston Globe piece, on the other hand, has real-world application for Call Me By Your Name. “Like Elio,” Cheyenne Montgomery writes, “I was a lonely teenager who desperately wanted approval. Also like Elio, an adult who should have been a role model instead took me as a lover.” There is no doubt that the 24-year-old Oliver takes advantage of 17-year-old Elio, which is the same thing as saying he has manipulated him, which is the same thing as saying he abused him. Again: Oliver has sexually abused Elio. I believe wholeheartedly in Montgomery’s assertion that this vital fact gets lost in the sunny, dreamy, Sufjan Stevens-y atmosphere of the film.

Montgomery and others assert more, though, namely that Call Me is intentionally and maliciously “dishonest” about this:

“This film has the potential to cause real harm by normalizing this kind of sexual predation. It could be particularly damaging for LGBT youth, who are already at a high risk for depression and suicide. So no, Call Me by Your Name isn’t a radical, brilliant piece of art. We need to call it by its name. That name is abuse.”

Maybe this is where the void on Call Me begins to grow. If the film had ended with Oliver and Elio riding off into the sunset, then I could agree with an argument purporting that the film itself has missed something crucial. If we see Oliver and Elio are both (keyword: both) happy after the summer of ’83, then perhaps the entire film becomes majorly, majorly misguided. Pointedly, however, Call Me By Your Name ends in the exact opposite way, in the way that most-if-not-all real-life abuse cases end: with Oliver moving on without a second thought and Elio only beginning a long, painful journey of shame and self-doubt.
h
With this ending, the rest of the film — and the aforementioned atmosphere of dreamy summer love — take on a different meaning. What might have been easily viewed as a glorification of sexual predation becomes a hard and realistic twist that we might experience alongside Elio. The sun-drenched sheen that some might mistake for ignorance is in fact deployed intentionally, making the central relationship confusing and tragic for Elio when it turns out to be something other than what it seemed. This strikes me as a wholly honest ending, one that might have been subbed out by a lesser filmmaker for something not quite so challenging.
h
And indeed, part of the real challenge of the situation comes from Elio’s parents, who are not only aware of this “more than friendship” but, in fact, seem to be in approval of it. Does the danger of normalization extend even to Elio’s closest family members? I would say yes, to some degree, partially because Elio’s father projects his own regrets onto his son and partially because they see true happiness in this relationship (or think they do). If these characters normalize abuse, is Call Me By Your Name doing the same by extension?
h
Maybe your answer will vary; maybe it should vary, which in itself might illuminate the strength and importance of this film. But the idea that a film deeply engaged in a moment-by-moment experience of sexual abuse must also be guilty of normalizing abuse, or that such a film cannot do the first and be “a radical, brilliant piece of art” seems to me more dangerous to the overall discourse on the subject. It’s far more impactful that Call Me By Your Name manages to bring attention to this in a way that’s both artful and honest. 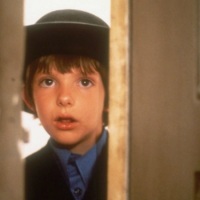