It’s impossible to properly discuss Stay without discussing the ending. The movie depends on the last five minutes if it stands any chance of holding together. This, right off the bat, should be a bad sign. The Sixth Sense is a strong film even without the iconic (now cliché) twist, and 21 Grams (hell, any Iñárritu pic) features enough compelling drama to keep us interested until it all ties together at the end.  But Stay feels more like an exercise than a fully fleshed out story, and as anyone who doesn’t love getting high and watching Waking Life knows, that just won’t cut it. Nonetheless, Stay is a movie worthy of analysis. It’s just that you gotta get through the first sitting first. If you’re anything like me, you’ll probably experience five steps of emotion that are not unlike going on a hot date. Allow me to explain.

You’ve researched your date, having checked out their web page and asked any friends for information. You’re attracted and willing to devote a night to this. All the names involved check out. Marc Forster, relative newcomer and director of Monster’s Ball and Finding Neverland. David Benioff, writer of Troy unfortunately, but 25th Hour more than makes up for it. And what’s not to like about the stellar cast in Ewan McGregor, Ryan Gosling, and Naomi Watts (probably the best part of 21 Grams)? The disorienting first shot of a car crash is a sexy way to reel you in. Then you’re plunged into the story of Henry, the troubled young survivor (Gosling), and Sam, his new therapist (McGregor). The plot, coupled with the sleek cinematography, means it just might put out.

There’s more to this date than meets the eye, and you’re going to probe deeper. On the one hand, the conversation is interesting–Henry hears voices and plans to kill himself, and Sam may have cheated on Lila (Watts). On the other hand, the entire movie seems to be winking at you and rubbing your leg under the table. Scenes flow in and out of each other seamlessly using fancy illusions and effects, much like the films of anime-master Satoshi Kon (check out Perfect Blue). And don’t forget the visual symbolism: the mirrors, the repetition, the duality. You’re receiving signals and they mean something! It’s just a matter of time until you’ve got this movie figured out.

It’s starting to feel like the movie enjoys flirting for the sake of flirting, but probably has nothing else to offer. You could’ve sworn there was a human connection in here somewhere, but it hasn’t explored Sam and Lila’s relationship at all, and you’ve learned nothing about Henry’s past, let alone the car crash that got all of this started. There’s that strange scene in which Sam meets Henry’s mother, only for her to tell him that he’s Henry, and then Sam’s sense of déjà vu grows stronger. Someone here is losing their mind, but we know too little about these characters to care. And the more Sam investigates Henry, tracking him down before he commits suicide, the less we actually know about him. The scene-transition camera trickery, which dazzled at first, now feels heavy handed, like it’s trying to be one step ahead of you.

This has gone on for so long without any sign of resolving that, at this point, you’re just waiting for it to be over. The conversation is increasingly disjointed and random, and not in any thematically meaningful way. It seems a little late in the game to introduce Henry’s old crush as well as a suicidal painter that Henry might be emulating. Besides, both scenes devolve into more dream-like non sequiturs in which Sam learns very little new information about his patient.  Stay wants to be Donnie Darko, but at least that movie followed its own rules. This is a Möbius strip that refuses to untangle. You glance at your phone, maybe text a friend for some momentary relief, but frankly you’re in too deep to cut it short.

The jig is up. Your date played coy and suddenly they show their cards at the last minute. That car crash was real, and everything after that was Henry’s hallucination, with the people at the crash featuring as the main characters. Sam was there, and Lila, and you and you, and Toto, too! You know you should resent this contrived strategy, but you’re kind of happy they came through with any explanation at all (or maybe you’re just relieved it’s over). Most infuriating of all is that this explanation almost makes up for the journey. The least you can say about Stay is that it might be worth going on another date together, and this time you’ll know what to talk about: Henry’s regret, the collective unconscious, wish fulfillment and escapism. If only the characters were interesting enough the first time around without the broad themes. Stay prides itself in being able to seduce and confuse you and withhold the goods, but, like a frustrating date, it won’t actually put out until you’ve already gone flaccid. 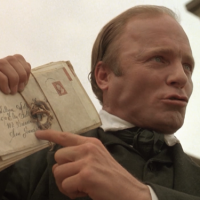