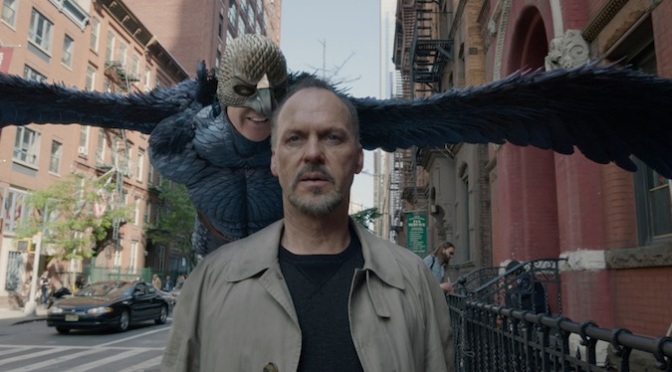 Birdman is not your typical Alejandro Gonzalez Iñárritu film. Correction: Birdman is not your typical anyone film — which is part of what makes it so good. Iñárritu’s inventive cinematography combined with exceptional dialogue between intriguing, fantastically-acted characters make Birdman a masterpiece, and one that deserves all of the praise it is receiving in terms of Academy Award nominations.

The film follows Michael Keaton’s Riggan Thomson, a past-his-prime actor who was once famous for playing the titular superhero Birdman (Keaton himself knows a thing or two about formerly playing a superhero). Riggan’s past character haunts him throughout the film as he tries to become relevant as an actor outside of just the superhero role. He attempts to shake loose of Birdman by directing and starring in Raymond Carver’s play “What We Talk About When We Talk About Love”. Carver’s play provides an appropriate backdrop for Riggan’s attempt at a career revival. Carver, himself, is quoted to start the movie in what reveals a central theme of the movie: “And did you get what you wanted from this life, even so? I did. And what did you want? To call myself beloved, to feel myself beloved on the earth”.

Riggan is struggling to feel beloved, mostly by people he doesn’t know — the audience, the world. This play becomes, in his mind, his sole means of achieving this goal. Thus he neurotically tries to control all of it, but still finds himself unable to control both his alter-ego of Birdman and his co-star Mike (Edward Norton) who is an unpredictable yet immensely talented method actor.

For at least the first half of the film, Norton’s performance really steals the show, both in the play (much to Riggan’s chagrin) and in the movie (much to the audience’s delight). You can truly see in the character of Mike volatility but also a freedom that Riggan so desperately seeks. Mike’s antics — both on- and off-stage — frustrate Riggan, but catch the attention of his daughter Sam, a character who is portrayed by Emma Stone in one of the better performances of her career (a claim you could make for most of the actors and actresses in the movie, but one that is particularly true for her).

The dialogue in this movie is begging to be examined and we see such thought-provoking conversations throughout the film and it is Sam who drives some of the most important exchanges. Her games of truth or dare with Mike lead him to deliver the poignant, yet nonchalantly delivered line “true is always more interesting”.

But her most important contribution is the rant she goes on to Riggan (which is far too long to be quoted here) in which she elucidates his struggle to re-gain his relevance. She talks about the entire cyber world of people fighting the same fight as him every single day — a world, a modern world, he shuns. To me, this is the most powerful scene in the whole movie. The conversation does not only expand on the idea of Riggan’s struggle, but also represents a real gap between generations. Not to mention, the acting in this scene is especially spot-on.

Most of the time, and definitely in this aforementioned scene, it seems as though there isn’t even acting going on, that all of this is actually unfolding before our eyes, unscripted. Part of this is due to the fact that most of the actors and actresses play other actors and actresses. Another part of this is due to the phenomenal camera work, which makes the audience feel as though they are actually there. But the most important factor is the actors and actresses themselves who truly embody the essence of their roles. Heck, even Zach Galifianakis delivers a great and serious performance as Riggan’s lawyer, Jake.

The acting, camera-work, and dialogue make Birdman great, there is no denying that. The plot is solid as well, but is not without potential improvements (what is, really?). The ending — in which Riggan brings a real gun on stage for his climactic suicide scene and shoots his own nose, presumably in a failed attempt to kill himself — is purposely left ambiguous after he steps out on  the window ledge of the hospital to have Sam come out and smile.

Sam’s smile is the spinning totem of Birdman: what did she see? It is entirely possible that Riggan is sitting on the ledge, as Sam often does throughout the movie, to get her high. Seeing her dad, in his newfound freedom adopt her own ritual (which she adopted after finding at least somewhat of a freedom from addiction coming out of rehab) would certainly make her smile. It is also entirely impossible that Riggan is flying outside the hospital, as Birdman, but, then again, nothing is impossible in this movie. Either way, the ending is meant to show that Riggan has achieved some sort of relevance again and is free from Birdman—he literally tells him off in the hospital bathroom.

Personally, I would have preferred a more Black Swan-esque ending (and the movie does have somewhat of a Black Swan feeling at times). The combination of ambiguity and potential absurdity at the end of Birdman is too much for me. This is but one personal qualm, however, amidst a sea of universal praise. Birdman is one of the few movies that have worked overtime to earn each and every one of its Academy Award nominations.

Although the subject matter was different than in his Trilogy of Death, Iñárritu still succeeded by doing what he does best, engineering a great — and thought-provoking — script, then getting the best actors and actresses out there to embody his always complicated characters. As evidenced by Birdman, Iñárritu is one of the great directorial talents of our generation. Oh yeah, and Michael Keaton, Edward Norton, and Emma Stone are pretty freaking talented too. I suppose no one should have been surprised when the four of them together produced such a well-received movie. 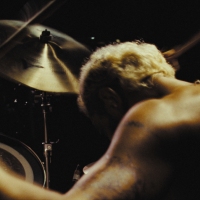