Buddy films almost always have two clashing personalities at the core. Butch and Sundance, Woody and Buzz, Thunderbolt and Lightfoot, Thelma and Louise — more often than not it’s the Hardass and the Free Spirit, or the Mentor and the Newcomer, or the Brainiac and the Simpleton. But as far as the casting goes you can usually say cool: those two guys will be great together. Newman and Redford is a more obvious pairing than Hanks and Allen, but the latter’s not strange enough to raise any eyebrows.

But Jackie Gleason and Steve McQueen? That’s not an immediate sell as a buddy-comedy duo, is it? Each of them is legendary, but in a different fashion. Gleason is a comedic entertainer at heart, delivering highly effective drama in smaller portions in The Hustler and a handful of other notables; McQueen, meanwhile, would build his career on strong silent types even in his lesser-known dramas, from The Sand Pebbles to The Getaway. He would rarely do comedy, and Gleason would rarely share the limelight in any of his comedic films (not intentionally, of course; he just stole the show pretty much every time). So perhaps a Gleason/McQueen team-up isn’t inherently strange until you consider that a) it’s a comedy with the duo sharing top billing, b) it’s fairly dramatic at times in a satirical Catch-22 sort of way (more on that in a minute), and c) McQueen is the loopy goofball and Gleason is the knowing-smile know-it-all. That said, the most important consideration is d) Soldier in the Rain is highly underrated.

It’s peacetime for the soldiers, one of which is McQueen’s life-loving Eustis Clay. He has all the typical attributes of the classic mischief-maker, right down to the backlog of harebrained get-rich-quick schemes he concocts and rarely executes. Let’s get a whole mess of penguins and sell advertising space on their chests and send ’em walking down the street, says Eustis. Thankfully, his reason soon takes over: turtles would be better. On the receiving end of these proposals is Maxwell Slaughter — yes, the original Sergeant Slaughter — and though he’s probably quadruple the I.Q. of his younger friend he still seems to find Eustis irresistible. He takes advantage of Eustis’s willingness to defy the law, offering to trade him a coveted desk fan if Eustis gives him ten mattresses and a unit of soldiers to clean his barracks instead. Maxwell also seems to trust Eustis not for his intelligence but for his creativity, knowing Eustis will get the mattresses and the soldiers and not caring how.

And that’s about as far as the plot of Soldier in the Rain goes. There’s a love story between a young schoolgirl and the much older, much more overweight Maxwell; there’s a little run-in with the law on Eustis’s part. But mostly Soldier in the Rain is just a story about two friends goofing around, talking about the army, and occasionally finding something a bit more meaningful in their lives.

William Goldman, author of the source novel, was not involved at all in the film. He later stated that both his publisher and the film producers asked him about changing the ending of the story, a sudden shift into drama which sees Maxwell hospitalized after protecting Eustis in a bar fight. “I will absolutely change it,” said Goldman, “and I will give it a very happy ending, if you can guarantee me the book will sell.” When the book publishers said, “Obviously, we can’t guarantee that,” Goldman knocked it out of the park, saying, “Obviously, I can’t change the ending.” Despite not being directly involved with the film, Soldier in the Rain is faithful to that zippy devil-may-care dialogue that Goldman apparently utilized on occasion in his real life.

Again, there’s a Catch-22 quality to that dialogue, revealing some influence of the massively popular war satire that came in 1961. At times Soldier has that absurd quality, like when a large chunk of the film is devoted to explaining Eustis’s fictional malady scabosis (“it’s scabs, you see”). But Soldier is a peacetime army movie, not really a war satire at all, and one gets the sense that Eustis and Maxwell would find a way to be friends no matter what their occupation. In a way it’s like an absurd version of Paul Thomas Anderson’s The Master, which is a about many things but mostly about two different people drawn to each other.

And you know what? McQueen and Gleason play beautifully off each other, and work well with Goldman’s original dialogue. “Do you have any idea how I feel right now?” gushes Eustis as he drapes himself over the air conditioner in the sweltering heat. “I would say something close to approximating a state of grace,” says Maxwell after careful consideration. Eustis shrugs: “I was gonna say I feel like a penguin.” McQueen is the most surprising, shedding the strong silent countenance that would eventually become his modus operandi for gesticulations and wide-faced grins that would make Jim Carrey nod in approval. Somehow he seems to be acting with his ears, with his lankiness, with his whole body; it might be his most physical performance, despite the lack of action sequences. And Gleason is wonderful, too, just being his old self, telling Eustis that he’s a secret narcissist and then admitting via floor mirror, “Let me tell you something, my friend…being a fat narcissist isn’t easy.”

Soldier in the Rain is goofy, sure. The supporting cast around Eustis and Maxwell are often as wonky as they are. Adam West pops up as a captain or something, too, which nowadays is sure to lend an air of absurdity to any affair. But the adaptation of Goldman’s novel isn’t really a Catch-22-type satire after all, despite the similar timeframe and comical outward sheen of both novels. Soldier in the Rain is simpler, a buddy movie with two guys who have no business being buddies. They just are. 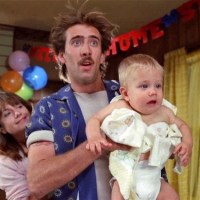 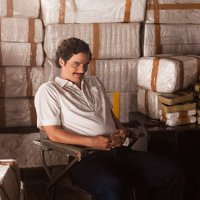