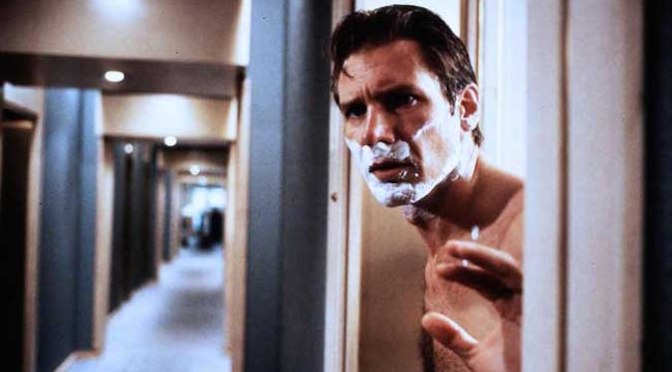 Frantic is such the quintessential Roman Polanski movie that you’ll swear you’ve seen it before. As with Repulsion, Cul-De-Sac, Rosemary’s Baby, The Tenant and What? before it, Frantic subsists entirely on a sense of dread that grows steadily following an initial oddity. The tagline is “Danger. Desire. Desperation”, which could easily be the tagline for a sizable cross-section of Polanski’s filmography. That said, only one of those three words — “Desperation” — actually feels accurate within the context of the movie, and even the title Frantic is a bit misleading. This isn’t the only kind of film Polanski is capable of, but the series that do fit the mold are less frantic and more foreboding, less manic and more pulsating, less overtly dangerous and more subtly sinister.

And a lot of them concern an American Abroad, a topic which for some reason seems to lend itself particularly well to the horror genre. Films like Jeopardy, The Bird with the Crystal Plumage, The Girl Who Knew Too Much and Hysteria derive a palpable sense of dread from the American Abroad in much the same way; the films based on Patricia Highsmith’s Ripley books and tense thrillers like Straw Dogs and Sorcerer benefit from the same fish-out-of-water vibe, too, while others like The Yakuza use the trope even more explicitly. Of course the whole American Abroad thing is also a hallmark of shitty potboilers like Deception or the slightly-better Lizzie McGuire Movie. Did you know there’s a movie called Shaft in Africa? There’s a movie called Shaft in Africa.

One of the best of the sub-genre is also the one that Frantic most readily calls to mind, and that’s Nicholas Roeg’s Don’t Look Now. If you had to strip each film down and highlight the two most significant aspects, you might land on premise and style. Change up the characters, the settings, the play-by-play plot points, the time period or the entire third act of each and you could still conceivably keep Now and Frantic intact. The unique premise and the distinct stylishness are what make each memorable, and that might still be a bastion of the horror genre today. It Follows has memorable characters and careful plotting, but the premise and style are the reason the film as a whole is memorable enough to warrant mention here.

And yet the crucial difference between Frantic and Don’t Look Now lies in which one of those receives ultimate emphasis, and with Frantic — as with so many of Polanski’s films — it’s definitely the premise. Harrison Ford plays Dr. Richard Walker, an American on a trip to Paris for a medical conference, and the premise is that his wife is suddenly gone. That’s it. Man loses wife, goes looking for her — this is the entirety of the film. Frantic‘s job is to twist and turn, to keep Walker (and you) guessing, but at any point in the movie the statement of the premise is still valid: this man has lost his wife, and here, in this scene, he has gone looking for her.

Don’t Look Now isn’t tied inextricably to the premise in every moment, but it’s thrilling nonetheless for sheer stylishness. Part of why Frantic seems so familiar, so at home with those other movies in Polanski’s filmography, is because the director’s penchant for making an actual feature-length narrative out of a single sentence necessitates an extended sense of dread that always seems very well-planned. Even a movie that doesn’t necessarily fit the same mold, such as Polanski’s take on Macbeth, finds ways to build and build the sense of dread until it crescendos and all comes crashing down.

Maybe this line of reasoning sells the actual protagonist short, or maybe it lessens the effect of some of the set pieces throughout the film. Richard Walker certainly isn’t one of Ford’s most iconic characters, but he’s played as only Ford could play him. So too is the American Abroad trope used to bolster the narrative, Walker’s investigation stunted again and again by his limited knowledge of French language and culture. Those people talking over there…are they talking about Mrs. Walker? Polanski uses every passerby as a potential witness (or suspect), every nook and cranny of Paris harboring a potential clue. And, again, the meandering dread culminates every so often in a thrilling set piece, particularly the chase that leads Walker up onto a slippery steel rooftop.

Overall, Frantic only suffers at the very end. How do you cull a satisfactory conclusion out of a narrative hung on a single-sentence premise? You do it with style, you do it by following the escalating trajectory set by the first 4/5 of the film, you do it by outdoing everything else. In Frantic all of that comes off as contrived. Is that inescapable? When the usefulness of the film is in the disoriented hunt, in the problem at hand, is a solution ever going to measure up? It goes both ways. In Don’t Look Now the ending is a sort of self-fulfilling prophecy, wrapped up beautifully in the rest of the film such that you’re satisfied at the end because it feels like it could only have ever ended one way. The tale of Richard Walker’s trip to Paris could have ended with practically anything, an unfaithful Mrs. Walker or a kidnapping or an alien abduction or a crossover with The Lizzie McGuire Movie, and maybe one of those would have made for a better ending. Still, if Polanski’s impressive dread-building movies are your cup of tea, then for most of the runtime you’ll feel right at home (abroad) with Frantic. 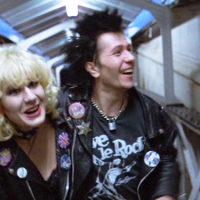