“Mijo” was arguably as much of an introduction to Better Call Saul as the pilot episode “Uno“, lacking only a colorless flash-forward to signify the end of an era and simultaneously herald a new one. Though both episodes introduced important new characters and quickly solidified the tone of the series, “Mijo” already began to show signs of peeling away from the influence of forefather Breaking Bad.

A certain someone popped up at the end of the pilot and played a huge role in this second episode — for the sake of those yet to watch, we’ll save that reveal until after the jump. Abandon all hope, ye who have not watched Better Call Saul!

I was a bit worried when Tuco Salamanca showed his face at the end of “Uno”, if only because Mike Ehrmantraut already showed up and Saul had only managed to introduce two new characters that truly seemed like series regular material. Tuco maybe signified the kind of reliance on Bad that Saul would probably do better to avoid. If the characterization of pre-Goodman Jimmy McGill would just be populated by faces we already knew, and if we essentially already knew where all of these people would end up, then would there really be much of a point?

But thankfully Tuco doesn’t seem as if he’ll be anything resembling a regular on Better Call Saul — in fact, “Mijo” might very well be the last we see of him. It’s Tuco’s underling, Michael Mando’s calmer and more well-spoken gang member named Nacho, who holds all the interest here. His conversation with Jimmy at the close of the episode all but guaranteed further story between the two, and that doesn’t necessarily mean Tuco will be involved at all (“Relax,” Nacho tells Jimmy, “he doesn’t know I’m here”). If Nacho is as important to Jimmy’s becoming Saul as I think he is, then Tuco’s cameo wasn’t just for cameo’s sake.

And the content of that final conversation is what leads me to believe Nacho will have a hand in steering Jimmy toward the sleazier, more disreputable Saul persona. That is, after all, what Better Call Saul is ostensibly about, at least in the framework. Nacho tries to rope Jimmy into something far more felonious than he’s used to, and he’s adamant that he wants nothing to do with it. This is a guy trying to build up his own law firm in the boiler room of a Vietnamese nail salon, a guy trapped in the day-in-day-out caffeine whirl of public defense. He’s trying to build himself into the law, and so the game of unlawfulness seems like the complete wrong direction. “I’m not in the game,” he insists to Nacho. “I promise.”

He’s wrong. Nacho knows that Jimmy is in the game for the same reason that we know Jimmy is in the game, which is not simply because we know where he ends up in Breaking Bad but because we know by now that everyone is in the game. Even though the tone of Saul is lighter than that of Bad, Jimmy’s not going to just become Saul Goodman one day and have a hell of a time doing it, discovering he’s as good at breaking the law as his eventual confidante Walter White will be. I see Jimmy kicking and screaming into the Saul persona, accepting it partly because he has to.

So that was the main takeaway from “Mijo”, a hell of an episode by any standard. On a smaller note, the week-at-the-courthouse montage is absolutely fantastic, and again — not to keep bringing up positive points as rehashes of things that Bad did well — it’s reminiscent of Bad in all the best ways. I’d be interested to get an opinion on Better Call Saul‘s opening episodes from someone who hasn’t seen Breaking Bad (provided anyone who fits that bill even exists), because the sense after “Mijo” and scenes like the courthouse montage is that Jimmy’s entire life is captured in these short hours, and that we already know Jimmy McGill very well. Or we think we do. 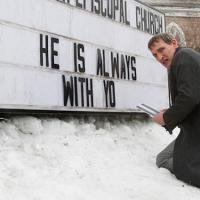 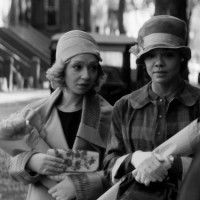