Ray’s daddy issues cast him as daddy, and that single flashback will likely expand into the story of the revenge he takes on his wife’s rapist (in “present day”, he notes that they “never caught the guy” and I could’ve sworn I saw a little subtitle below him that said bullshit). Ani, the knife-wielding officer from the L.A. Sheriff’s Department, also has some issues with her own father (played by David Morse, who isn’t fooling anyone with that wig). They share an oceanside discussion about how Mommy committed suicide in 1978, how Other Sister is thankfully off drugs but not-so-thankfully doing internet porn. For better or worse, much of the past and present of Ani’s family is shoved into this single conversation.

And “The Western Book of the Dead” continues along this track, structured in a series of comparatively brief scenes that introduce a bevy of players in a variety of dimly-lit settings. If memory serves, few scenes take place in exactly the same location as previous scenes — we get the interior of Ray’s car a few times, the exterior of his kid’s school, the function hall where Vince Vaughn’s Frank Semyon pitches involvement in a new high-speed rail; for the most part “Western Book” is a parade of dirty bars, dirty streets, apartments, locker rooms and winding highways.

Because we’re dealing with a whole host of characters — Ray and Ani and Frank, but also Taylor Kitsch’s Paul, Paul’s girlfriend, Paul’s boss, Ray’s boss, Ray’s partner, Ray’s lawyer, etc. etc. — “Western Book” isn’t at all your traditional season premiere. We get snippets of each personality, nothing too firm in any case, and the story only really begins in the final scene of the episode when Ray, Ani and Paul come together. The same is true for the setting itself, despite director Justin Lin’s sweeping aerials of the industrial California landscapes, because that revolving door of car, bar, police station, school, and so on and so on means there are few locations to anchor the story.

But let’s face it: we’re spoiled. True Detective‘s first season began with some of the most gripping episodes of television ever produced, and the second season begins instead with all of that stuff we mentioned. It’s probable that we just don’t yet have the lens with which to view the actual structure of this tale, as Ray’s flashbacks will inevitably inform the present-day angst that we can only speculate about at this stage. Season 1 (I know, I know, we’re supposedly ignoring Season 1) was never about the case — it was about the characters — but some of the best Rust and Marty moments came when the pair of them put their differences aside to do their jobs. Better yet, they didn’t put their differences aside; they used their differences. We know a little about each of the three “protagonists” — Ray, Ani, Paul — but we don’t yet know what differences in personality will drive their forced collaboration. “Western Book” did well to set the stage, looking backward on each of these new characters, and next week’s installment “Night Finds You” will hopefully propel them forward. 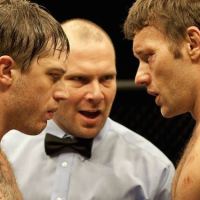