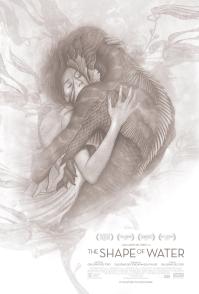 I arrived late to the party for The Shape of Water, having finally caught the movie a few weeks ago after months and months of dodging reviews online. Guess I’d better add my voice to the fray, huh? Maybe a piece on how writer/director Guillermo del Toro’s creativity allowed him to get away with a smaller budget…but, no, someone’s already written that. How about an article detailing the Creature from the Black Lagoon-inspired genesis of the film? Damn, that one’s been up for three months. Use of color in the film? Been there. Political subtext? Done that. Seems a movie as rich as this should have a surplus of accoutrements on which to festoon my opinions, should have that pliability typical of great films allowing for different readings, interpretations, criticisms, attitudes and judgments.

The irony, in a way, is that explicit analysis of The Shape of Water is sort of counter to the themes of the film. More than that: forcing words onto Shape, which thrives largely on sight and feeling, might actually be detrimental to one’s enjoyment of and identification with the message at hand. Despite having seen the film only recently and only once, I suspect that removing the words entirely — watching it with the volume muted — wouldn’t take anything away from the overall experience. It might even heighten it, highlighting just how different “words” and “communication” actually are.

Not many films can make this claim, reliant instead on sound as a narrative roadmap for the viewer. This loud, sudden noise means you’re supposed to jump; this tender string section means you’re supposed to get emotional. Most commonly we get expository dialogue that distills plot points into words, either in a literal paragraph at the start of a film or in a series of unsubtle reminders throughout the dialogue stating where characters stand, what they’re trying to accomplish, how they’ll manage it against such odds, why it’s now or never, and so on and so on.

But “a movie should work with the sound off,” said Steven Soderbergh in reference to Spielberg’s Raiders of the Lost Ark. Nearly every beat in The Shape of Water is borne of a look or a gesture. Elisa (Sally Hawkins) glimpses the creature and it drives her to free him and to love him, but we’re mercifully spared any explanatory details of what she glimpses (true humanity? maybe!) in this ostensibly grotesque fish-man. Hoffstetler (Michael Stuhlbarg) glimpses Elisa hiding in the lab and begins to trust her in that very moment. Meanwhile the ruthless Strickland (Michael Shannon) doesn’t buy his new car based on any criteria besides its appearance and what that appearance conveys about him as the driver, which is why it’s meaningful when his front end gets dented later in the film.

There is a fantastic sequence involving Giles (Richard Jenkins, giving a career-best performance) that serves to further highlight this motif. Giles talks a lot with the young waiter at the diner nearby, even parsing the words they’ve exchanged after he goes home for the evening. But it’s a gesture, the act of putting his hand on the waiter’s hand, that communicates everything. We learn about the personality of Giles, we learn about the personality of the waiter, and each character learns something about the other (whether they like it or not). It’s all learned through a tiny, fleeting moment of human contact, all communicated more truthfully than all of the pages of dialogue between them.

“It’s a beautiful creature,” Hoffstetler says at one point, “and I won’t allow it to be destroyed.” He’s speaking about the proposed dissection of the fish-man, the idea being that an autopsy will yield the most knowledge about the subject. He’s also speaking about The Shape of Water. Hoffstetler knows, as does Guillermo del Toro, that digging around for solutions can rob a thing of its wonder. The more extensive our postmortem on the film, the farther we get from the things that made its liveliness so endearing.

Heck, by declining to provide a commentary track for the home release of his film, del Toro’s basically acknowledged this himself:

It’s the first Blu-ray that I’ve made that I refused to do a commentary track on. And it’s because I feel, for the first time, I think whatever the movie does it does on its own.

Certain films make me want to rush home to discuss and interpret the art I’ve just experienced. The Shape of Water made me want to rush home to create my own art. Can we still talk and think about del Toro’s film in analytical terms? Sure. But where other films may benefit from this autopsy, from an amalgamation of knowledge and reference and inner workings, The Shape of Water might be one of those rare creatures more fully appreciated in its original habitat, natural and wild. 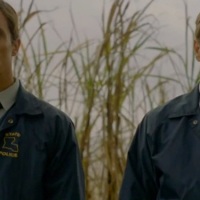