In Big, 13-year-old Josh Baskin wishes his way into a 30-something-year-old grownup version of himself. The trope of a mind-body mismatch was certainly nothing new in 1988, and in fact the late ’80s had a whole slew of movies featuring this exact same plot. These are heedfully chronicled by Mike Ryan here and include the likes of Vice Versa, Like Father Like Son, 18 Again! and Dream a Little Dream, all released within the approximate span of a single year; the other point of commonality those films share, of course, is that they’re all pretty crappy. Big is the outlier in that regard. I was about the same age as Teen Josh when I first saw the movie, and I found myself enamored with the possibilities of instant adulthood, getting a job with a toymaker and renting a sweet NYC penthouse and flirting with someone who would eventually and inexplicably agree to become my girlfriend. Teen Me was most likely motivated by this last point.

Today I’m closer in age to Adult Josh, and now Big almost seems like an entirely different movie. From a kid’s point of view, looking forward to finally attaining that brand of independence reserved for grownups, Penny Marshall’s sophomore directorial effort rings true in almost every frame. It has the wide-eyed wonder and the sentimental disillusionment that all kids experience to some degree. In a sense all movies are accelerated versions of life experiences, condensed down to two hours and designed in an arc so as to bring the viewer along for the ride with the characters on the screen. From a kid’s point of view, Big works because that acceleration is literally a part of Josh’s experience: he goes from kid to grownup and back again in a short amount of time, and so do we.

From an adult’s point of view, being a grownup seems far too easy for Josh. There’s an initial adjustment period, sure, wherein Josh is too frightened by the daunting prospect of sudden adulthood to do much of anything besides cry. But soon thereafter he gets a job doing “computer stuff” for a big toy manufacturer, and he’s then promoted to a Vice President position more or less instantaneously. The apartment he gets in the heart of the Big Apple seems outsized even for a doctor or lawyer, and the idea that it’s even available is somewhat laughable for any adult who’s tried to get a city apartment before. Wouldn’t the landlord need to run a credit check? Or ask for references?

Yeah, yeah — these “realistic” aspects of adulthood aren’t things that a kid would even think to consider, nor would they serve any purpose in Big except to make it more boring. If Josh magically leaps forward into adulthood and then lives it out as an unemployed homeless person, then there’s not much magic to begin with. So when coworker Susan (Elizabeth Perkins) falls for Adult Josh, dumps her boyfriend (husband?) in favor of this manchild she just met, sleeps over one night on the bottom bunk, and eventually hints at a long-term commitment all in the span of a few months…well, again, Big would be a different movie if Josh instead discovers love to be less than lovely. Who’s working HR at this toy company? Shouldn’t there be some exciting scenes where Josh and Susan get some company policy talk about the perils of workplace relationships?

It should be noted that Hollywood has aged since 1988, too, such that they don’t make movies steeped in sentiment like this anymore. Penny Marshall hit the sweet spot with Big after a ho-hum debut in Jumpin’ Jack Flash, and she would continue on with Awakenings and A League of Their Own to create similar feel-good experiences. If this movie came out here in 2018, thirty years after the actual release of Big, it would almost undoubtedly hew toward the more mundane aspects of adulthood we’ve mentioned above. There would almost certainly be a greater focus on sex and a teen boy’s naïvety in that arena. And there would absolutely be a sequel or two (like Bigger, or a prequel called Small where Josh reverts to infancy), maybe even an interconnected cinematic universe that needlessly explores the origins of the magical wish-granting Zoltar machine.

Which would ironically rob Big of whatever magic it does have. If they made Big today the target audience would be adults and young adults, thirtysomethings struggling to get a job or an apartment or a girlfriend. They don’t really make live-action comedy films for kids anymore, certainly not ones that can simultaneously claim to be dramas. Hollywood has aged this way, though I’m not sure I’d exactly call this “growing up.” It shares an aspect of newly-minted adulthood insofar as financial responsibility is concerned, creating movies that play to four quadrants and make back their budget and leave room for a franchise if the thing’s a hit at the box office. In 1988 the five top-grossing films stateside were Rain Man, Who Framed Roger Rabbit, Coming to America, Big and Twins; in 2017 the ten top-grossing films were all franchise installments, and five of them were superhero flicks. The industry has grown, for sure, but jury’s out on whether it’s matured.

So watching Big as an adult didn’t so much make me yearn for childhood as it made me yearn for the movies of childhood, for that experience of a cinematic story of the kind Hollywood may never make again. Two days ago, filming wrapped on DC’s Shazam! adaptation, a superhero flick about a young teen kid who magically becomes an adult. It’s Big again, thirty years removed from the original, only now the adult version is hunting supervillains instead of steady employment and the movie itself exists as an installment in DC’s Extended Universe film franchise. Admittedly this comparison is a cynical one, a weary one borne of time and experience. A kid might see it differently. 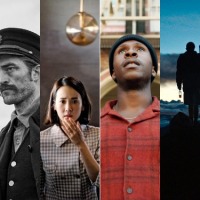