It’s entirely possible that the West’s fondness for Akira Kurosawa is borne of the fact that he frequently addresses themes of individuality, personal distinctiveness, and the importance of being true to yourself. Those aren’t very Japanese themes, traditionally, even if the popular “nail that sticks out gets hammered down” axiom is a bit simplistic these days. But the corporate-cog-finds-new-lease-on-life narrative seems especially well-suited to the notoriously workaholic Japanese culture, and nowhere is that narrative more effective than in Kurosawa’s Ikiru. Now streaming on The Criterion Channel, Ikiru stars Kurosawa stalwart Takashi Shimura as a spiritless bureaucrat grappling with the futility of his mortal days.

There is a sequence in the film — possibly the most famous in a film full of memorable sequences — where a group of parents approach a number of different government offices in an attempt to get a local cesspool drained and replaced by a park for their children. The first office refers them to another, that office refers to a third, and on and on. The buck is passed until the parents are so worn down by the perpetual runaround that they give up. If you’ve never seen Ikiru or would just like to rewatch the scene, you can stream the sequence here.

It’s as nimble a thing as Kurosawa had yet captured on film. After the global success of Rashomon, wherein Kurosawa cemented his status as a master of motion and movement, it’s doubly impressive that Ikiru moves in a completely different way and yet still sings as a beautiful piece of cinema. Tony Zhou’s analysis of Kurosawa’s adeptness with internal and external movement over at Every Frame a Painting is absolutely worth a watch in this regard, even if it doesn’t spend more than two seconds on Ikiru:

Much of the vibrance of Rashomon can be attributed to fluid movement, both in terms of camerawork and story. Rashomon‘s story, of course, is a subjective kaleidoscope offering warring perspectives on a single event. Where a lesser director might have anchored these discordant narratives by filming them in a similar way, Kurosawa enhances the contradiction with fluid camera movements that often reflect the state of mind of the characters in each shot. There is a ton of primary motion (event action in front of the camera) throughout Rashomon, and the dominance of secondary motion (camera movement) compliments that action perfectly.

Ikiru is drastically different. Kurosawa once lauded Rashomon star Toshiro Mifune for the motion within his acting, stating “the speed of his movements was such that he said in a single action what took ordinary actors three separate movements to express.” It makes sense that Takashi Shimura was often the foil for Mifune in Kurosawa’s films, because his acting style is the opposite side of the coin: calm, measured, meditative. Like DeNiro, Shimura’s motion is almost motionless. And it’s especially true in his performance as in Ikiru, playing Watanabe as a man utterly paralyzed by the fear of death. When Watanabe is in such a despondent state, the motion of Ikiru is similarly muted in simple background action or slow camera movement.

But Watanabe doesn’t appear in that aforementioned runaround sequence, and the overarching movement of the scene reflects this in how different it is from the rest of the film. As the bureaucratic personalities shuffle before our eyes like faces on a deck of cards, Kurosawa wipes from one to the next, each shot matching the preceding shot in placement of both camera and actor. This tertiary motion (sequence motion created by transitions) is, until the end of the segment, the only notable motion in play. And yet the sequence moves, gathering rhythm in spite of a still camera and still actors. It attains a humorous quality by the end that is at odds with Ikiru‘s throughlines of death and dying, and the positioning of the viewer in the shoes of the inquiring parents brings even more immediacy.

Kurosawa may be in a class of his own when it comes to film motion. In his hands a stationary camera and stationary subject still result in rhythm, immediacy, life. He used a similar technique for the opening scene of Throne of Blood, soldiers telling tales of battle after battle in three or four succinct wipes. Maybe this is why the West is drawn to Kurosawa, moreso than some identification with a stereotypically Western theme of individuality. We like action, excitement, and speed in our pictures, and we typically turn our noses up at foreign films that dare unfurl in slow, thoughtful meditation. It explains why Ikiru failed to register at all in the U.S. until 1960, when it was released with an exclamatory theatrical poster that played up the one scene where Watanabe goes to a strip club:

Then again, maybe that yearning for movement — even in a meditative film that achieves movement subtly, like Ikiru — is a universal yearning, not a Western one. Watanabe himself is sort of seeking this at the end of his life. He recognizes that the troupe of parents seeking to build a park for their children are moved from department to department, but they never actually get anywhere. They traverse an entire bureaucracy and yet their goal hasn’t moved an inch. While the runaround sequence is effective in a standalone way, and while it may utilize a different technique and elicit a different response than the rest of the film, the sequence’s role within the context of Ikiru is what elevates it to sheer brilliance. It’s a perfect marriage of theme and form, both universal and uniquely Japanese, and it contributes to Ikiru‘s status as one of Kurosawa’s finest films. 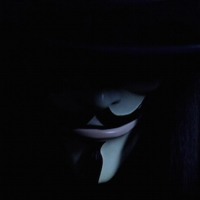