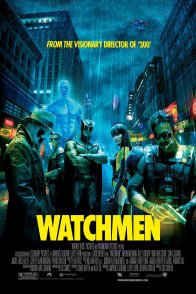 A lot of what Alan Moore has created is now considered classic. V for Vendetta, League of Extraordinary Gentlemen, From Hell, The Killing Joke, his run on Swamp Thing…to say this stuff is at the vanguard of comic-book storytelling is to undermine the fact that this stuff is the vanguard of comic-book storytelling. But it’s important to remember — crucial, actually — that Moore’s never purposefully written a “classic,” meaning his tales are almost exclusively nontraditional narratives that toy with genre and literary consciousness. The writer has a few reasons to despise Hollywood, but the primary point of contention must be that each film adaptation of his comics seems to shove the original tale back into a traditional, classic structure. It happened with From Hell, when Moore’s exploration of evil was spun as a simple murder mystery. It happened with LXG, which discarded crisscrossing episodic adventures in favor of a flat three-act team-up. It happened with V for Vendetta, wherein morally conflicted characters were replaced by obvious Good Guys and Bad Guys. And it happened, to a certain degree, with Zack Snyder’s adaptation of Watchmen.

Our Writer Series on Alan Moore typically dives into this abyss between page and screen, sometimes providing side-by-side comparisons of comics panels and film stills in an effort to highlight the divergent artistic choices of Moore and his cinematic adaptors. But Watchmen looks almost exactly the same across both mediums, with Snyder and DP Larry Fong essentially using the graphic novel as their storyboard — reminiscent, a woebegone cynic may claim, of a slacker passing in someone else’s homework:

Everything that works in the comic doesn’t automatically work in the movie, though, even if it is transferred lock, stock, and barrel. One example is in the soundtrack, which primarily uses popular music that appears in the comic. It’s an interesting touch that sometimes gels perfectly (as with “All Along the Watchtower” for the lead-in to the climactic Antarctica scene) and sometimes just doesn’t fit right in the cinematic context (as with the cringeworthy “Hallelujah” sex scene). Again, one might either call this faithfulness or theft.

Ultimately Watchmen is a character-driven story, and the film fails to extend the same faithfulness (or theft) to the humans at the center of it all. The characters are more superpowered and more violent in the film, which brims with gleeful fight scenes and impressive superhero landings noticeably absent from the comic. By assuming that the film would be lacking in appeal without a conscious uptick in superhero action, Snyder seems to completely miss the fact that these characters are — for the most part —supposed to be average, troubled people. That hardly makes for a strong pitch, though, especially not when droves turned out for Iron Man and The Dark Knight the previous year. Public opinion once called Moore’s Watchmen “unfilmable”; perhaps that shouldn’t have been taken as a dare so much as a warning.

This revelation — that the slavish transference of Watchmen from page to screen is simultaneously “accurate” and yet wide of the mark — is not a new development in The Case Against Zack Snyder. Collider noted recently that the characters of Watchmen are “not slick ass-kickers, not ripped Spartan warriors, not CGI set-pieces tailor-made for big-screen trailer shots.” IFC, similarly, comments that “the original Watchmen story chronicles the lives of average (albeit keenly trained) people who don costumes to fight crime and injustice.” To put it more simply: Snyder’s Watchmen focuses on Rorschach, Nite-Owl, Silk Spectre, Ozymandias and Doctor Manhattan; Moore’s Watchmen always cares more about Walter Kovacs, Dan Dreiberg, Laurie Jupiter, Adrian Veidt and Jon Osterman.

The original creators themselves more eloquently distill the ways in which Watchmen always intended to pull back the mystique of the superhero rather than simply add to it. Says Moore:

Like the bottle of perfume in the story, my nostalgia for the genre cracked and shattered somewhere along the way…For better or worse, the ordinary, non-telepathic, flightless humanoids hanging out on their anonymous street corner of Watchmen had come to seem more precious and interesting than the movers of rivers and shakers of planets.

One preliminary rough cover for the first volume of the French edition of Watchmen featured Comedian dashing out at the reader from the page. Artist Dave Gibbons submitted a second idea featuring the character standing, smirking, smoking and carrying a rifle over his shoulders. “A running pose looks like Action Man or G.I. Joe and is a little out of character with the series,” reads the notation from Gibbons. It’s a little handwritten comment, little more than a caption, but it shows that Moore and Gibbons strove in every panel to ensure that Watchmen was not, in fact, a story about superhumans. Just humans.

…but in the ensuing years it became a classic, as so many of Moore’s works have now been ordained. The film industry struck gold (financially) when the Superhero IP grew in popularity in the 2000s, and so it’s easy to track Watchmen‘s greenlighting and production and ultimate reliance on the very genre it once subverted, shoved into the wrong box like From Hell and V for Vendetta and LXG before it. As if to underscore the point, Warner Brothers released a video game tie-in to the film called The End Is Nigh, a beat-em-up single-player in which Rorschach and Nite Owl punch criminals in bars, prisons, sewers. Moore’s complex characters are described thusly: “Rorschach is faster with unconventional attacks and makes use of improvised weapons like crowbars and baseball bats; Nite Owl is slower but has a solid martial arts method and uses technological devices, such as screecher bombs and a grappling gun.”

Watchmen is a product of its time. Moore’s graphic novel will always mark a turning point in that very medium. Snyder’s film will always be a product of the comic book movie landscape of 2009. Today, of course, stories about superhuman heroes are even more popular: at the time of writing, Avengers: Endgame is currently tracking to be the biggest movie of all time (financially). And Watchmen is coming back, too, in the form of Damon Lindelof’s continuation over at HBO. Maybe the series will satiate our need for pure escapism, much like Snyder’s film, a story filled with superhumans fighting other superhumans. Or maybe the series will actively prevent that escape from reality, entrenched in it like Moore’s comic, a story filled with humans rebelling against an inhuman world. 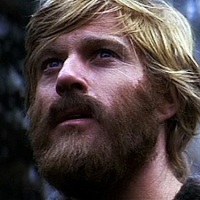