Apart from having an awesome title, “Penguin One, Us Zero” serves to better establish what The Leftovers looks like as a week-by-week television series. The pilot episode did a great job of setting up the new post-Departure America while not hitting us over the head with that world-building aspect, but the second episode really begins to delve deeper into the hearts and minds of those still remaining.

Chief among these (get it?) is Justin Theroux’s Kevin Garvey. Later episodes of The Leftovers will take pages from the Lost playbook and focus entirely on single characters, and “Penguin One, Us Zero” isn’t exactly one of these. But Kevin is front and center, as he should be, and some key elements of his character come to the surface in this second hour. His relationship with his father (played by Scott Glenn) is also introduced, and that’s an important relationship going forward into the thick of the first season. Most importantly, though: there is a bagel. Yes. On second thought, screw everything else. Let’s talk about that bagel.

END_OF_DOCUMENT_TOKEN_TO_BE_REPLACED

The Leftovers isn’t easy watching. The premise is a tough one: roughly two percent of the world’s population suddenly vanishes one October day, leaving the other ninety-eight percent to agonize over where they went, why they went, and what the hell actually happened. Three years on, the weight of the uncertainty left in the wake of the event is so fresh that it might have happened just yesterday. Justin Theroux stars as Kevin Garvey, Chief of Police in smalltown Mapleton, New York, and in the pilot episode it’s already clear what kind of devastating effect the disappearance has had on Mapleton and on Kevin.

Damon Lindelof is a major player here, the writer behind such other head-scratchers as Lost and Prometheus, and his stroke is evident in the first hour of Leftovers. This is one reason why the show likely defies those happening upon it as they lounge on the couch and flip through channels until they hit HBO – The Leftovers isn’t at all a casual watch. Lindelof shares creator credit with Tom Perrotta, who wrote and published Leftovers as a novel before turning it to the small screen, and it appears they’ve both adopted the “mystery box” theory posed once by J.J. Abrams. The Leftovers shows us the box, shows the top and bottom and sides and practically makes us beg to see what’s inside it – and Lindelof and Co. are aware that that mystery itself is more compelling than actually opening the box. The main box – containing the answer to the question where did the departed go, and why were they taken? – is the framework for the entire show.

END_OF_DOCUMENT_TOKEN_TO_BE_REPLACED

We’re getting to the point where anything produced by HBO is pretty much guaranteed to be a worthwhile watch. A history of cutting funding for the likes of Deadwood, Rome and even The Wire at one point shows the premium service isn’t afraid to ditch something they’re not 100% confident in, no matter how good the early episodes are. Olive Kitteridge, of course, isn’t really a show – the four-hour miniseries spanned two nights earlier this week and will probably play on a loop for the next week, but after that no más. Still, the HBO association is evident in a high production value and a deep care taken with the characters and material that few other channels can afford to provide.

Frances McDormand plays the titular Olive, aging middle-school teacher in smalltown Maine, mother of a bratty son and wife of an irrepressibly optimistic husband (played by the always-brilliant Richard Jenkins). We meet Olive as she walks through the forest, gray ratty hair stemming out from her pale skull, and she calmly lays out a picnic blanket and removes a loaded gun from her coat. We suddenly backtrack to twenty-five years earlier, but the tone is set in that initial sequence: Ollie is unhappy, gazing longingly at the gnarled branches reaching toward the hazy sky, and maybe we’re about to see why.

END_OF_DOCUMENT_TOKEN_TO_BE_REPLACED

Originally aired on BBC2, the Birmingham gangster series Peaky Blinders has recently been made available for American audiences (provided they have Netflix subscriptions) who might otherwise have missed out. Starring Cillian Murphy as Tommy Shelby, up-and-coming head of the gang known as the Peaky Blinders, the show recalls many HBO-style period dramas by favoring style over authenticity. But once you rub the Boardwalk Empire and Deadwood out of your eyes, the pilot plays quite well on its own two feet.

Created by Steven Knight (who directed the brilliant Locke), Peaky Blinders focuses primarily on the underhanded dealings of the various gangs of 1919 Birmingham. The pilot episode introduces Tommy as a contemplative foil to his otherwise short-fused gang cohorts, all of whom seem to have the same haircut. Cillian Murphy, as usual, holds the screen with ease. His silences often say more than an entire scene of dialogue between two lesser actors, but we’ll discuss the dialogue again in a second. The flip side of the story – at least in this pilot episode – comes in the form of the indomitable Sam Neill, who plays Chief Inspector Chester Campbell. Campbell, newly arrived to Birmingham, makes it his mission to clean the city of the nefarious gangs.

END_OF_DOCUMENT_TOKEN_TO_BE_REPLACED 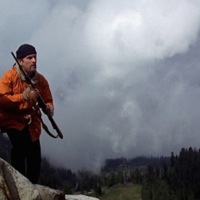