Jack Ryan has the distinct honor among cinematic spies of being…not that great. He’s been in more films than Jason Bourne and as many as Ethan Hunt (once Mission: Impossible – Rogue Nation hits theaters next month), but after being shuffled from actor to actor over the course of the franchise the character has lost a ton of steam. Part of this is due to the caliber of actor (from Alec Baldwin to Harrison Ford [x2] to Ben Affleck to Chris Pine) and part of this is due to the fact that Ryan’s less “spy” and more “data analyst”. That’s not a cop-out, though: Jack Ryan is really just an analyst. It’s the increasing need to shove Ryan into spy territory that begs the comparison to other spies (‘magine dat), so by the time Shadow Recruit came out Jack Ryan wasn’t a mild-mannered systems professional but a sexy gun-wielding wannabe.

And hey: if you want us to make that comparison, Mr. Powers That Be, then with the ghost of Tom Clancy as our witness we’ll do so gleefully. Or not so gleefully, as it were, because no one’s having any fun at all with Shadow Recruit. Why should we? We established in our recent review of the fantastic Quiller Memorandum that a great spy movie doesn’t even need to have a spy as the main character, so forcing Ryan to be more badass than bookworm doesn’t do much for credibility in that arena. Spoon-feeding every plot point doesn’t help either, and again with Quiller the brilliance was in the sense that any John Doe walking across the screen could be a villain; the poster tagline for Shadow Recruit is a flaccidly unoriginal TRUST NO ONE…but then we get nineteen shots of the hotel maid looking suspicious, so it turns out we’re informed exactly who we should and should not trust.

END_OF_DOCUMENT_TOKEN_TO_BE_REPLACED 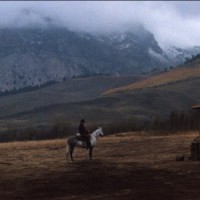 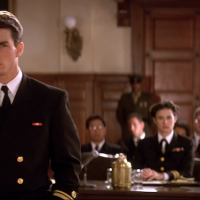