The passing of cinema giant Richard Attenborough has prompted a return to some of his greatest and most overlooked films. Be on the lookout for reflections on his acting, his directing, and on the occasional documentary film if and when I confuse him with David Attenborough.

Robert Aldrich’s The Flight of the Phoenix remains a masterclass in ensemble filmmaking. The big names — James Stewart, Peter Finch, Ernest Borgnine, Hardy Kruger, George Kennedy, and Attenborough himself, among others — promise more than enough entertainment during the opening credits. It’s the characters, though, that impress past the set-up, and each and every man is drawn to be a unique and interesting person. Consider:

-Jimmy Stewart is Captain Towns, ostensible main character and old-timey pilot who believes his know-how to be worth more than any technical mumbo-jumbo. He’s essentially Waldo Pepper a decade before Redford was Waldo Pepper.

-Attenborough and Kruger arguably share second fiddle. The former is the lovable drunk who could have been a pilot if not for his addiction, and thus has been relegated to the duties of a navigator. Kruger’s Dorfmann is the stubborn and brilliant plane designer, holding a secret that he doesn’t even realize. Both are endlessly watchable.

-Finch, Borgnine, Ian Bannen as “Ratbags” Crow, Ronald Fraser as Sgt. Watson — usually this tier of an ensemble cast is in there just to fill out the field, to inform the “real” characters in the tiers above. But Borgnine’s oafish Cobb, for example, ends up having a deceptively complex character arc; Finch’s Captain Harris ventures out alone to find help, refusing the assistance of Cobb on the basis of his poor physical condition (and, it’s implied, his pathetic mental capacity). Cobb can’t comprehend this and defiantly charges into the desert after Harris, only to die in the heat. He scrawls one final message in the sand in his final moments: his name, “Cobb”, one of the only things he’s sure of.

-George Kennedy isn’t an Academy Award winner at this point, and he has very few lines throughout the course of Phoenix. But his downtrodden face and his futile punches at his own leg when a fellow passenger succumbs to death early in the film still provide a major insight into his character — and that pain comes full circle when the makeshift aircraft finally roars to life at the climax of the film, Kennedy roaring along with it.

-Even those who die in the initial crash — occurring less than ten minutes into the 2.5 hour film — are memorable and complete, are inhabited much more so than any supporting characters in today’s ensembles. Bill has his ouzo and Tasso has his bouzouki, both shown as men with things that they love. Both are then shown crushed in the wreckage, the dripping ouzo bottle and the demolished instrument inches from their still hands. These aren’t throwaway characters (“we loved you so, so-and-so”); their deaths have an effect on Stewart’s Captain Towns, as he feels responsible, so we feel their deaths are important as well. And in less than ten minutes!

So take Last Vegas and Expendables and other “ensembles” and forget them (oh, you already did?). Consider, too, that this isn’t the kind of ensemble connected by the whole six-degrees thing, wherein films like Crash and Babel and Love, Actually posit that the cast is intertwined by themes and experiences that are common instead of experiences that are actually the same. In the tradition carried on by the likes of Murder on the Orient Express and Traffic years later, The Flight of the Phoenix is an ensemble film in the truest sense of the phrase, and because of that is wildly entertaining. 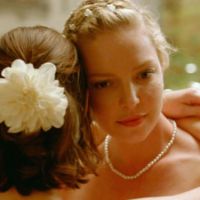