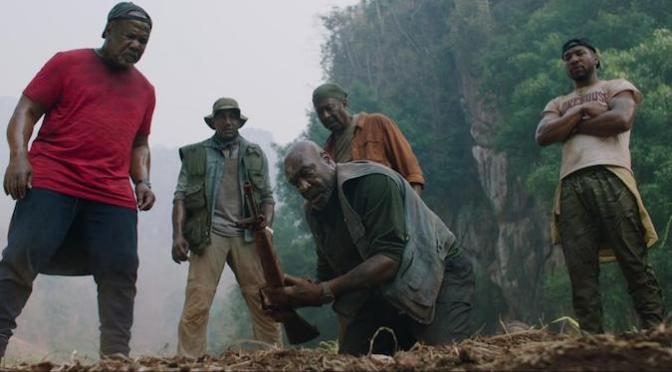 If you threw Spike Lee’s filmography into a pot and cooked it down, stirring occasionally such that all of the ingredients are thoroughly intermingled, you’d be left with Da 5 Bloods. Lee’s new Netflix joint is nothing if not ambitious, and at its shakiest it does feel composed of variations on ideas he’s had in previous films. Take the war-never-ends framing device of Miracle at St. Anna, the style-and-substance mentality of BlacKkKlansman, the epic scope of Malcolm X, a pinch of the melancholy soul-searching of 25th Hour, a dash of the motley cast of Get on the Bus, and Spike’s secret sauce, of course, that blunt intrusion of American history into an otherwise routine narrative. The last ingredient is always a tough one to swallow, but in Da 5 Bloods its sourness is even more noticeable. As with the final scene of BlacKkKlansman, the dark American past we’re witnessing is often only a few months old.

Bloods as a melting pot of ideas mostly works in its favor, giving heft to a story in which four black veterans of the Vietnam War return to country to retrieve a cache of gold they’d buried decades ago. The changes brought about in those decades have affected each man differently, particularly Paul (Delroy Lindo) and Otis (Clarke Peters). Paul’s now a MAGA-hat-sporting Republican, and from the jump the group’s return to Vietnam sparks radical thoughts in his volatile soul. Otis is still the picture of collectedness he was in wartime, but he’s obviously wearied by how the American political climate seems to be regressing. Flashbacks to Vietnam center around the fifth Blood, unit leader Stormin’ Norman (Chadwick Boseman), who unites the crew under the idea that its time for black Americans to collect what they’re owed. With the U.S. government’s eternal refusal to pay out, a few million dollars in gold will do in the meantime.

END_OF_DOCUMENT_TOKEN_TO_BE_REPLACED 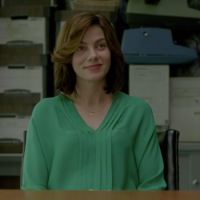