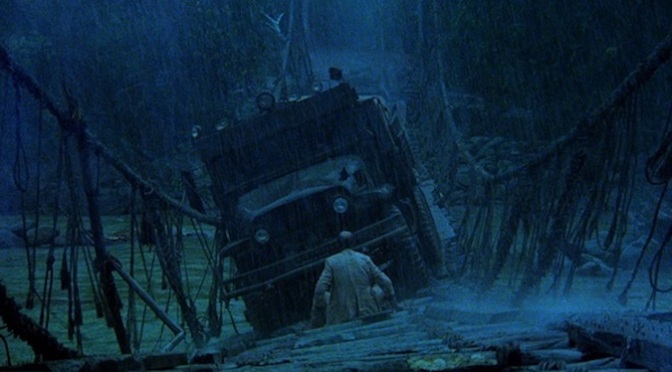 William Friedkin’s Sorcerer had the unfortunate timing in 1977 of being released concurrently with a movie called Star Wars, which people ended up liking a little bit. Friedkin was hot after releasing The French Connection and The Exorcist earlier in the decade, but Sorcerer ultimately failed at the box office and slipped into relative obscurity in favor of his other movies. This is a shame, because Sorcerer is a monster of a film.

Based on The Wages of Fear, the first third of the film essentially amounts to four separate prologues for four separate characters from Veracruz, Jerusalem, Paris, and New Jersey (one of these things is not like the other). Roy Scheider cashes in on the success of Jaws two years earlier as lead man in Sorcerer (the New Jersey one), but the time spent with each of the characters is intimate and highly involved; the Walon Green script, too, is like a tough steak that tastes good but has to be chewed and wrestled with. It’s difficult to tell throughout this opening act where Sorcerer might turn next.