Cop Land can be classed with recent entries Oblivion and Lawless under the “Decent Movie, Terrible Title” banner that seems more and more popular these days. The lineup is impressive – Sylvester Stallone, Robert De Niro, Harvey Keitel, and Ray Liotta lead a character actor-fest that includes a bunch of guys with two first names like Robert Patrick, John Spencer, and Frank Vincent. Also, master thespian Method Man is on hand to pick up De Niro’s slack.

The plot is not nearly as stupid as the title, but it is a fairly rote procedural as far as corrupt cop flicks go. De Niro is good cop (duh), Harvey Keitel is bad cop (duh), and Ray Liotta is drug addict cop (duh). Stallone is the only noteworthy one here, surprising as that may be. As naïve heart-of-gold Sheriff Frank, Stallone brings something other than the usual slackjawed tough-guy macho talk to the screen. Frank is Sheriff of Garrison, New Jersey, dubbed by De Niro in a trailer-suitable monologue as COP LAND. BOOM, baby. You can almost see the ALL CAPS on the script. COP LAND is corrupt and STALLONE has something to say about it.

Really, though, titles like that make the movie hard to defend. Cop Land, predictable as the plot and characters may be, just deserves a better title than Cop Land. The aforementioned Lawless, John Hillcoat’s 2012 moonshine bootlegger movie, falls to a similar oversight. The land that the title describes (a land, you must understand, of cops) is actually painted quite beautifully as a hive left to fester and fend for itself until someone intervenes. We don’t need the title to tell us that this is Cop Land, and we don’t need a title to tell us that the criminals we’re watching are in fact Lawless.

The script is a relatively tight one, at least in terms of dialogue. The overall arc of the film may shake a bit under minor scrutiny, and though James Mangold manages to flesh out even the minor characters there are still plenty of things left unresolved. Again, the casting is impressive – but in Cop Land there’s a gap between story and performance that lingers as the credits roll. Either beef up the story or cast more conservatively, otherwise you get Harvey Keitel playing Generic Corrupt Harvey Keitel Cop (duh) and Robert De Niro playing himself from Backdraft.

Again, Stallone is fine in the role of Sheriff Frank. Frank is not an action hero by any stretch of the imagination, and this fact leads to a much more harrowing climax than pretty much anything else in the Stallone oeuvre. There’s no chance Frank will walk casually out of an explosion or singlehandedly take down an entire army, but there is a chance that he’ll come out on top against a cadre of corrupt policemen. All told, Cop Land is easy to overlook and plenty flawed but still full of charm and strong writing almost the entire way through. 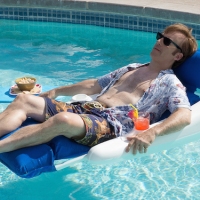