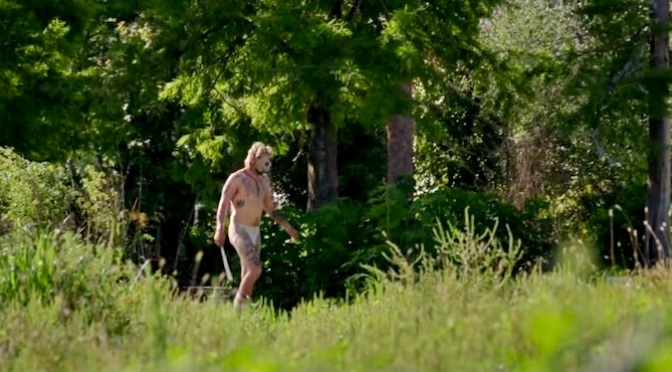 Horror creeps ever closer in the third hour of True Detective, and Rust Cohle and Martin Hart may not be doing all they can to slow the arrival. After last week’s episode “Seeing Things” revealed more about both characters, the most recent entry in the eight-part season dug still deeper into the good and the bad inside the detectives portrayed by Matthew McConaughey and Woody Harrelson — but mostly the bad. Spoilers follow for the third episode “The Locked Room”.

Not long ago, if you told me the hunky McConaughey and the thick-jawed slacker Harrelson would be in a show together and the latter would be the one involved in a love triangle, I probably wouldn’t have believed you. In a distinct continuation of the character arc presented in the first two episodes, Harrelson’s Hart is far from the family man he pretends to be, and his treatment of the women in his life seems increasingly self-centered. Though he is drunk, the scene where he barges in on his younger lover (Alexandra Daddario) and beats the hell out of the kid she’s with still shows Hart’s penchant for quick violence in much the way Cohle’s sudden flare of brutality with the mechanic in last week’s episode showed a similar capacity. These are men with morals but they are also bad men, inescapably, calling to mind Marlon Brando’s musings as Kurtz near the end of Apocalypse Now, seeking “men who are moral, and at the same time…without feeling…without passion…without judgment…without judgment.”

And the subject of judgment — divine judgment, yes, but mainly earthly human judgment — drives much of the repartee between Hart and Cohle as they observe a service at the Friends of Christ congregation. Cohle passes as much upon the congregants and their celebrant (Shea Whigham), humorously taking stabs at the average IQ under the tent and dubbing the preacher “effective in proportion to the amount of certainty he can project.” Hart is not as smart, witty, or determined as Cohle, but he stays right with him in these electric back-and-forths, and even while he disparages his judgmental partner he passes some adjudications of his own: “for a guy who doesn’t care about existence you certainly fret about it an awful lot.”

In 2012, Cohle and Hart relate in their separate interrogations (although I never realized until this episode that they take place in the same room, a room that Cohle and Hart utilize to discuss their case back in 1995) how they finally made breaks in the Dora Lange case. The connection of the case to one Reginald Ledoux, former cellmate of Charlie Lange once arrested for working a meth and LSD lab, is a momentous event made clear by the recollection of it by both detectives seventeen years later. At the end of the episode Cohle and Hart are rushing to find him — and the deadly ominous parting shot shows a half-naked man with a gas mask and a machete emerge from the woods. This is presumably Ledoux, and it’s clear from the 2012 testimonials that a gunfight occurs very soon. But we know that this isn’t the end, and not simply because it’s only episode three and there are five hours left — we know because Cohle tells us “nothing is ever over.”

At times, “The Locked Room” got lost in philosophy and nearly began to drag, especially in the bedroom scene between Hart and his wife. They argue over the territory we’ve encountered before, and then in too-perfect, this-never-happens-in-real-life cop procedural fashion, they turn around and have passionate make-up. This moment was surprising for how rote it all seemed, a cliché moment in a show otherwise dripping with unique creativity. The camerawork has been amazing in nearly every shot of the season thus far, but the cinematography in “Locked Room” approaches pure mastery: the disorienting shot of a tanker on an unseen river seemingly floating along the land, the point-of-view shot of the detective’s car getting pushed out of the mud by a pack of churchgoers. The symbolism inherent in the simple staging of Hart driving over a young girl’s pink bike on his way to wreak drunken havoc is palpable — he is approaching a darkness that will touch him and by extension it will touch his family, his daughters, and this touch impressed upon a spirit so young spells disaster in the future.

As the events of 1995 become more clear, the inquisitive detectives in 2012 (Michael Potts and Tory Kittles) are becoming more like characters as well. Our view into this part of the timeline expands with each episode, starting in “The Long Bright Dark” within the confines of the video camera, moving out into the room and giving us more and more of the context around the detectives. Soon, I think, we will leave that room in 2012, and the motivations of both Rust Cohle and Martin Hart and of the two 2012 detectives will step into the light. 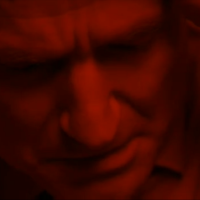 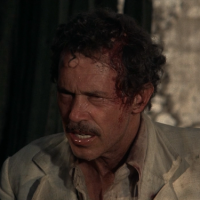 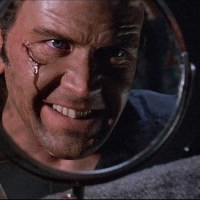