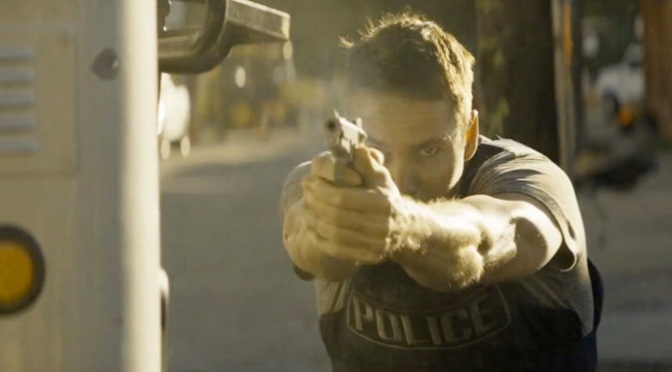 Aside from Flags of Our Fathers, “Down Will Come” featured more flags and/or fathers than you’re likely to see in a given hour of televised entertainment. The stars and stripes are littered throughout the Vinci P.D. precinct, various apartments, random billboards (and last week’s episode “Maybe Tomorrow“, which aired one day after the Fourth of July, even had an American Sniper billboard). One of the many, many (many, many, many) guys that Frank Semyon tries to squeeze for extra cash has a little lawn flag sticking out of the pencil holder on his desk. There’s more national imagery in “Down Will Come” than any episode of the second season so far, but at least it’s more subtle than earlier lines like We were working for America, sir, which just land with a leaden and damn-near unpatriotic thud.

But far more interesting are the father-son (or -daughter, in Ani’s case) dynamics packed into the fourth hour, which begins with Semyon and his wife griping over their lack of offspring. Jordan proposes adoption, Frank scoffs at the idea of raising someone else’s child; Jordan insinuates she might not be able to have children after “the operation”, Frank suggests more tests; ultimately, Frank pushes the issue off because of all of the other stuff he has going down at warp-speed, kicked off by Caspere’s murder and the sudden dissolution of his once-stable empire. Frank’s the kind of guy who needs his empire to sprawl, he needs land, he needs people to know his name, he needs legacy that lasts and refuses to be satisfied until he has it in full. Ironic, then, that a guy obsessed with his own empire can’t figure out what every emperor before him has discovered: those one-off kings who had no offspring to carry on their names? Those guys who stood in as buffers between one massive dynasty and the next? History isn’t so kind to those guys.

Elsewhere, Ray Velcoro is wrestling with dadhood too. He goes to see his son and gives him his own father’s retired badge, saying that the boy should hide it from Mom but take it out whenever he wants to remember Dad Ray. “But,” says the little kid, “this is Grandpa’s“; why would Grandpa’s badge remind him of Dad? Ray doesn’t offer much by way of explanation: “Grandpa, me, and you,” he says. On one hand this might seem like Ray recognizes what Frank misses (legacy = children), a kind of empire on a smaller scale represented by the badge. On the other hand, though, Ray’s way wide of the mark too. Being father of an empire is different than being father of a son or daughter, and Ray’s framing of the gift to his son is sort of centered on himself instead of on his kid. Oh yeah: and he’s sometimes a shitty father.

Add to that the fact of another whiny kid entering Ray’s sphere of concern in the form of bereft Paul Woodrough, this season’s least interesting character alongside Frank Semyon and this season’s most brooding character alongside Frank Semyon. When Paul bemoans his inability to figure out how to exist in the normal, everyday world, Ray does more fathering than we’ve ever seen him do for his own son. “Look out the window, look at me,” he says; nobody knows how to live in the world. It’s not exactly great parenting, sure, but Ray’s being encouraging in Ray’s way. He tells Paul that he’s a survivor, that everything else weighing on him is just dust in his eye — he just has to blink it out. It’s far more articulate fatherly guidance than the simple “chin up” stuff Ray gave his own son as he sat in the same passenger seat in the opening scene of the first episode.

And Paul actually became more interesting throughout the course of “Down Will Come”, partially through his at-home comfort in the bonkers shootout at the end of the episode but partially through this theme of becoming a father. When his ex-girlfriend tells Paul that she’s pregnant, all of Paul’s problems slip away — she goes from ex to proposed wife, disregarded to loved, and Paul himself goes from the brink of despair to the love-at-first-pregnancy high of a teenage kid. Or so he claims, anyway. We don’t actually believe that Paul’s truly in love, mostly because he woke up in another man’s bed earlier that day. The prospect of becoming a father might seem to Paul to be a kind of societal solidification of his “manhood” (which, sorry to say, seems pretty equivalent to “heterosexuality” in True Detective), a permanent reminder to everyone that Paul Is A Man. People don’t really think like that in actuality, though: this is more of a permanent reminder to himself. He can pop all the Viagra he wants, but he’s only fooling his girlfriend when he does that; if he has a child, maybe he’d succeed in fooling himself.

Ani feels kind of left out in this episode as far as the parent-child theme goes, but if the thematic set-up here is any indication it might be safe to assume we’ll see more of her father Elliot in the next few episodes. Maybe the writing is just too heavy-handed in Elliot’s scenes, but I really can’t get past the sheen of exposition whenever he’s on screen — the blunt way he changes the subject from the investigation at hand to the strained relationship between Ani and himself is only out-blunted by his sudden comment about Ray having a big green and black aura. And in that we come to another sad point: “Down Will Come”, barring the shootout in the final ten minutes of the episode, was pretty damn slow. There’s enough thematic material to dig out now that we know the characters a little better, and that shootout does make for a promising lead-in to next week’s crossing of the season’s halfway point…but no matter how well-drawn the themes and character traits are, the fact of the matter is that “Down Will Come” is a slow episode that lands right in the spot where things should be speeding up. 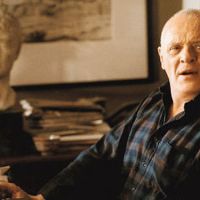 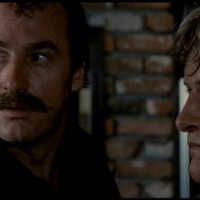 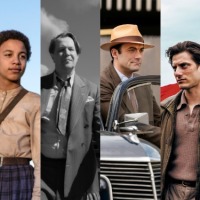