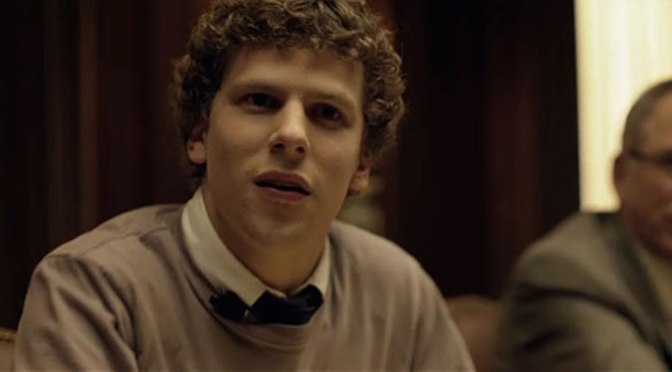 Though Charlie Wilson’s War marks the first time Aaron Sorkin mined a true story for dramatic purposes, it’s likely that we have The Social Network to thank for the shift to biopics becoming Sorkin’s modus operandi of late. Though Wilson did a more-than-passable job of telling a less-than-well-known story, Sorkin’s Network dips behind the scenes of something that pretty much everyone knows about. It’s more grand, more ambitious in that sense, despite the subject matter being a website as opposed to a global war, and it’s the same ambition that was found in Moneyball and hopefully will soon be found in the upcoming Steve Jobs.

Of course, the primary challenge with bringing biographical accounts to the big screen is accuracy — which, as we’ll return to in a moment, isn’t exactly the same thing as truth. It’s one thing if the subject of the film is still alive; it’s an entirely different thing if the subject of the film is still essentially “the same person”, with only a few measly years (and in this case a few measly millions of dollars) passed between the events of the film and the film itself. Think of Oliver Stone’s upcoming Snowden or last year’s woeful Julian Assange movie The Fifth Estate, both of which purport to reveal some kind of truth about a series of real-life occurrences that just so happen to still be occurring. Black Mass just opened in Boston to theaters full of people who are portrayed in the film. At this rate, we’re going to enter some weird Minority Report-type paradox where biopics start coming out before the people they’re about even accomplish anything worthy of a film.

But the point is that another reason Social Network was that much more effective than Charlie Wilson’s War at the screenplay stage was because of the sheer gall it must have taken to fictionalize such a story with so many of the real-life players sitting out there somewhere waiting to test it for truth. Zuckerberg was initially silent about the making of the film, but soon even he spoke out about the inaccuracies of the film. He pointed out entire characters instrumental to the film that never existed in real life, he claimed the only thing it got truly right was his clothes and sandals, and he eventually did admit that simply writing code for two hours would make a pretty shitty movie. Sorkin knew this at the screenplay stage, and director David Fincher knew it when he dove into filming.

Still, while Zuckerberg is arguably “the same person” he was when he created Facebook as compared to when the movie about him creating Facebook was released, a film has to look beyond that. Zuckerberg the character can’t just remain the same person; The Social Network has to be just as effective fifty years from now, or a hundred, once the luster of Facebook is faded (it’ll fade, right?). The movie may be designed as a snapshot of Generation Y, with Zuckerberg and Eduardo Saverin and the Winklevoss Twins and Sean Parker all playing significant roles, but the movie also has to watch Mark be changed forever by his creation. If the character of Erica Albright — one the real Zuckerberg insists is founded entirely in fiction — is removed form the film, we might have a more accurate story on our hands. But we’d also have a much colder Zuckerberg, one that emerges having changed the world but somehow inexplicably isn’t changed himself.

That’s without a doubt why Sorkin added Erica Albright to his retelling: her relationship allows for the experience of creating Facebook and the legal ordeals to follow to spark a change in Mark on a personal level, not just a financial one. Because Facebook did change Mark Zuckerberg, the real one, on a personal level — it had to, and it would do the same to anyone — and The Social Network asserts that in a subtle way as Mark sends a friend request to Erica and refreshes the page again and again as the credits role. Did the real Mark Zuckerberg ever do that? Probably not. But he sought human connection in a personal way the same as you or I seek human connection in a personal way, and in doing so he navigated a battleground of he-said-she-said facts and falsehoods (which, interestingly, David Fincher would play with again in Gone Girl). In that sense the major narrative of The Social Network is fittingly both: largely inaccurate, full of stuff that technically arose from the head of Aaron Sorkin, and yet completely true. 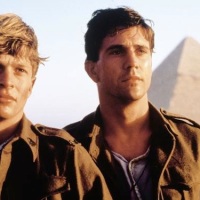