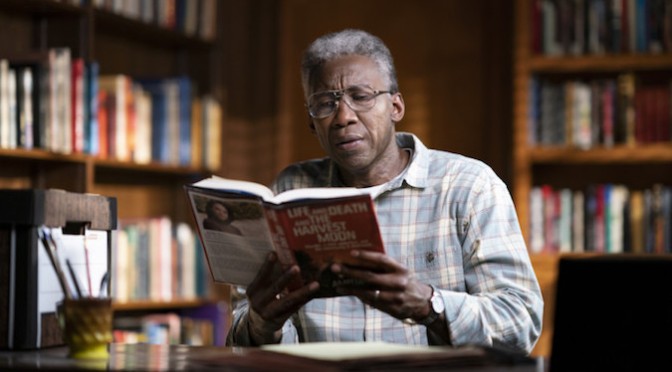 Television is an unforgiving medium. Superficially, the longer format should theoretically give rise to opportunity for deeper character development than can usually be accomplished in a two-hour film. Among many takeaways from the first chunk of episodes of True Detective‘s third season was this: Wayne Hays is a great television character that would likely turn out differently in almost any other medium. The other edge of this sword, of course, is that a whole season of television is a fairly long time to invest in any specific narrative. And among many takeaways from ‘Tec‘s third season finale “Now Am Found” was this: Wayne Hays deserved a much better ending.

The issue with the climactic hour — which has already proven fairly divisive amongst both fans and detractors of this season’s arc — lies less in what happened than in how it happened. In our review of the penultimate episode “The Final Country”, we listed a few things that we expected out of the finale. Not all of them came to pass:

“Now Am Found” was the season’s longest episode, and it felt like the longest one, too. One of the most admirable things Nic Pizzolatto has accomplished as a writer (both in Season One and Season Three of ‘Tec) is to maintain a palpable sense of tension throughout two or three time periods in the same story. Narrative tension boils down to not knowing what happens next, and jumping around the timeline inherently robs the story of that uncertainty. Or it can, in the hands of a lesser writer. The vast majority of this season averted that in a clever way, using Wayne’s memory gaps as a source of tension rather than a cheap opportunity to cherry-pick important information.

“Now Am Found” seemingly forgot this entirely, especially in the back half of the episode. Each of the timelines seemed to reach conclusion or moment of clarity only to jump across to another timeline. It robbed each successive conclusion of the tension it would have had on its own. Here at Motion State we’ve harped all season about how awesome some of the narrative flourishes have been, from the moon-in-the-puddle shot in the pilot episode to the Wayne-in-the-glass moment in “Hunters in the Dark”. But those moments were awesome because they serviced the story by putting us in Wayne’s state of mind. In “Now Am Found,” when the twirling camera spins around a moving car and gives us a kaleidoscopic look at 1980, 1990 and 2015 versions of Wayne and Roland, for the first time it felt like the visual gimmickry of the shot outweighed the need to keep us rooted in Wayne’s experience.

The second storytelling qualm was the double-twist. Some of the greatest conclusions in cinematic history are double-twists, endings where you’re surprised to learn one thing and then more surprised to learn something new at the eleventh hour. Here, the first twist was that the theories about a prostitution ring and a massive conspiracy headed by multinational magnate Edward Hoyt were wide of the mark. Isabelle Hoyt, having gone insane after the death of her daughter, accidentally killed Will and then took Julie as her own surrogate. She had the help of Junius Watts, caretaker for the Hoyt Family, who eventually freed Julie in 1990 after discovering the true extent of Isabelle’s dominance over her. Julie spent some time at a convent and then died, buried in a grave marked “Mary July.”

Before we even get to the double-twist, Twist #1 played out in a more hamfisted manner than expected. Mister June sits at the table and explains everything for five minutes. After seven episodes of intricately-woven timelines that shifted and bled into each other with indiscriminate elegance, five minutes of Here’s What Happened dialogue didn’t register as the pivotal aha! moment it should have been. Mister June’s entire character felt a bit shoehorned in, especially taking a step back to consider that the case might never have been solved if this eyewitness (get it?) who knew everything about the Purcell case hadn’t simply parked outside the detective’s house 35 years after the murder/kidnapping. Rarely has ‘Tec been accused of narrative convenience, but the accusation is sadly earned here.

The real gut punch, personally, is that Twist #2 is the superior revelation both in theory and in how it plays out in the episode. Julie’s not dead after all, but is living as a 45-year-old wife and mother in a quiet part of Arkansas called Greenland. She even has a daughter that she names Lucy, after her own mother, and we see an aging Wayne bump into little Lucy in “Now Am Found”. For a season entirely wrapped up in Wayne trying to help a lost Julie, seeing a happy Julie helping a lost Wayne was far and away the best scene of the episode. Maybe Wayne even remembers himself for a second as he’s drinking that glass of water, choosing not to burden Julie now that she’s truly living a life of her own. Still, the moment of wow, Julie’s still alive ended up playing out only a few scenes after the moment of huh, I guess Julie’s dead. The double–twist simply lessened the impact of that second revelation. If we had figured Julie for dead in 2015 before the events of “Now Am Found”, the Greenland scene as written might have been more effective. As it stands, there wasn’t enough time to really process Julie as truly dead and gone.

True Detective‘s third season was for the most part a solid outing buoyed by an absolute powerhouse performance from Mahershala Ali. Pizzolatto deserves credit for his part in crafting Wayne, too, and it’s certainly true (for me, at least — hit the comments if you disagree) that my frustration with “Now Am Found” can be traced to the bar being set pretty darn high by episodes 1-7. I’m not sure that Pizzolatto has yet delivered a great ending to any of his three Detective tales, but this one was set up well and maintained an impressive amount of tension throughout. Wayne gets all the way to the end and then forgets the final piece of the puzzle, and in this case I might just follow suit. 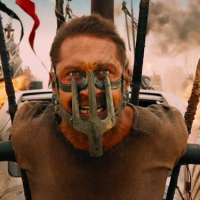