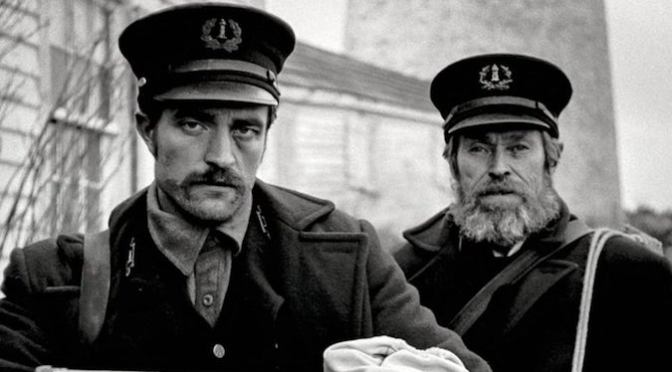 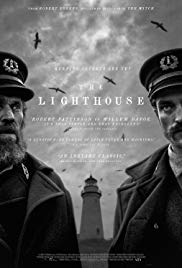 The ambition of Robert Eggers was apparent after his debut The Witch, a one-of-a-kind horror film steeped in deeply-felt folklore. The dialect, the costumes and settings, the sound design and the themes were all clearly the result of hard research and dedication to period accuracy rarely realized in modern film. Eggers himself, who presented a special IFFBoston screening of his follow-up The Lighthouse at Boston’s Brattle Theatre last night, acknowledged the explicit attempt to “commune with the folk culture of the region” in crafting his debut. But while that hard behind-the-scenes work was definitely still required by The Lighthouse, less of it shows in the final product, resulting in a more mature effort that still values the power of myth and lore.

Atmosphere is everything. In the lead-up to the film’s premiere at Cannes in May, much was made of the film’s unique aesthetic choices. Despite the popularity of Roma and Cold War last year, the mere concept of a black-and-white format remains alienating to many audiences (and financiers). Shooting on 35mm gives that black-and-white an extra characteristic, with the blacks bottoming out into nothingness. Additionally, A24 posted this snippet from the Lighthouse script in reference to the boxy, unpopular aspect ratio that’s been largely defunct since the early sound era:

Seemingly the most off-putting of these choices by Eggers is the one it shares with The Witch: dialogue comprised of archaic vernacular and dialect, delivered in an accent that also aims to fit the time and place. Eggers and his co-writer brother Max wrote “in-dialect,” rather than writing in plain English and then translating, and the effect — as was the case with Witch — takes a minute to groove once the dialogue begins. And there’s a lot of dialogue in The Lighthouse.

If artistic decisions like this seem intentionally obscure or discouraging, that’s only because none of those choices matter on their own. To be sure, in the hands of another writer/director, any of them could ultimately prove obnoxious in the final film. But Eggers uses everything to build a deep atmosphere, one that’s impossible to slide out of once you catch its rhythms. The atmosphere of The Lighthouse — which Eggers called “crusty, dusty, rusty and musty” — simultaneously depends upon and extends into the most trivial-seeming aspects of the film, right down to the buttons on the coats of the actors.

Those actors are Willem Dafoe and Robert Pattinson, each turning in career-high work. That’s exciting for Pattinson, who has promising projects on the horizon with Christopher Nolan’s Tenet and his title role in The Batman. But it’s especially impressive of Dafoe, who’s had a number of career-highs across multiple genres. It’s a film full of standout moments for both actors, but Dafoe’s bottomless pathos in a burial scene and in a monologue instigated by a lobster dinner are amongst the most stunning movie moments of the year.

It was interesting for Eggers to speak about the shoot itself, particularly as regards the differences in approach from the theatre-trained Dafoe to the youthful Pattinson. “Willem Dafoe has more energy than anyone on planet Earth,” the director said. “He can give a hundred-fifty percent in rehearsal and a thousand percent once the camera rolls.” Eggers didn’t necessarily want “performances” in rehearsal, only blocking run-throughs, but Dafoe would give his all anyway. Meanwhile, Pattinson was far more out of his element. All the way through the “tense” location shoot, punctuated by extreme cold and punishing storms, it seems the veteran actor was a lot more comfortable than his younger counterpart.

Which, fittingly, as Eggers notes, “the camera sees.” It’s perfect, both in terms of casting and serendipity, that the actors would inherently share the traits of their characters just by showing up. Dafoe’s lighthouse keeper is by turns protective of his little island and possessed by it, but never is he surprised by what it has to offer. Conversely, Pattinson’s “lad” is put out by everything from seagulls to buckets of feces to a floor that he just swabbed. Much of the former’s smugness and the latter’s discomfort likely percolated between the actor and the character regardless of the prep they’d done before arriving to set. “I didn’t even need to do any Kubrickian manipulation,” Eggers joked.

The atmosphere of The Lighthouse could only have been borne of a clear vision coupled with dedicated research, and Eggers proves adept at both. Again, the world-building is slightly more natural than that of The Witch, and I was personally delighted at the amount of humor present in the director’s sophomore feature. “There was something film-studenty about The Witch that bothered me,” said Eggers of that film’s overriding super-seriousness, which he also referred to as “a movie about pilgrims praying for an hour-and-a-half.” That might be harsh and self-deprecating, to the extent that the “student” aspect exists in any debut. But The Lighthouse is undeniably the work of an ambitious artist, one seeking a level of craft years beyond his experience. 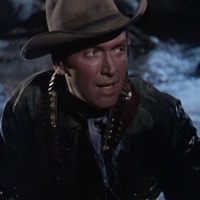 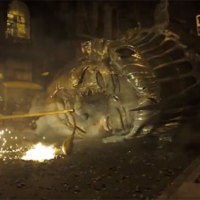