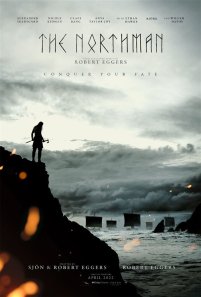 I am admittedly predisposed to movies like The Northman — bloody, epic revenge tales with a strange angle, a hyper-specific period setting, or both. I’m also a huge fan of The Lighthouse, the previous film from writer/director Robert Eggers, one of the most unique American films of the 21st century. So the hype level for this flick was more or less at carrying capacity at this week’s screening, and Eggers and Co. did not disappoint. Starring Alexander Skarsgård as the vengeance-bent Viking prince Amleth, The Northman has Eggers’s blend of folklore and historical fidelity all wrapped up in a potent, ferocious epic. It’s not quite a perfect film, but it has some of the most stunning storytelling you’ll see onscreen this year.

Much has already been written on Skarsgård’s insane transformation into Amleth, a beastly and primal performance that puts the mere term macho to shame. Of course it’s far deeper than machismo, and Skarsgård imbues Amleth with a vulnerability that makes the character — and thereby the picture — really work. He’s doing everything Leonardo DiCaprio did as Hugh Glass in The Revenant, but unlike Glass, Amleth’s character is wholly defined by his relationships with others. His bond with his father and mother (Ethan Hawke and Nicole Kidman) and his hatred for his uncle Fjölnir (Claes Bang) drive his every action. He’s frequently referred to as a wolf, and we see all sides of that metaphor: the young and uncertain pup, the lone stray seeking a home, the feral creature commanding a pack of other wolves, and finally the wisened alpha. Skarsgård goes all the way and then some, and Northman couldn’t exist without him.