1973 was a hell of a year at the movies. Bruce Lee kicked ass in Enter the Dragon, Roger Moore debuted as Bond in Live and Let Die, and smalltown California got its romantic due in American Graffiti. There was Sydney Pollack‘s The Way We Were, Sam Peckinpah‘s Pat Garrett and Billy the Kid, Robert Altman‘s The Long Goodbye. Martin Scorsese and Terrence Malick announced themselves as filmmakers to be reckoned with upon the respective releases of Mean Streets and Badlands, and Michael Crichton made cinematic history with technological advances in Westworld. Then there’s The Sting, which I’m always willing to defend in a battle to the death as Greatest Film Ever. But these are more than just great movies — these are unique and fresh-seeming efforts, influential to this day because they all pushed the envelope.

And though the horror genre received more than a few landmark films that year — The Exorcist, The Wicker Man, etc. — Nicholas Roeg’s grief-stricken terror Don’t Look Now might be the scariest. It’s certainly the most engrossing. Envelope-pushing apparently wouldn’t cut it for Roeg and Company, as the incredibly intense Venice-set thriller does more to explode the envelope into a zillion tiny bloodstained pieces. The story follows John and Laura Baxter (Donald Sutherland and Julie Christie) in the months following the accidental drowning of their daughter Christine. Paralyzed by anguish, the couple retreat to Venice. Soon, they encounter a pair of women claiming to have a connection to the deceased Christine.

END_OF_DOCUMENT_TOKEN_TO_BE_REPLACED 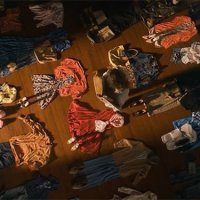