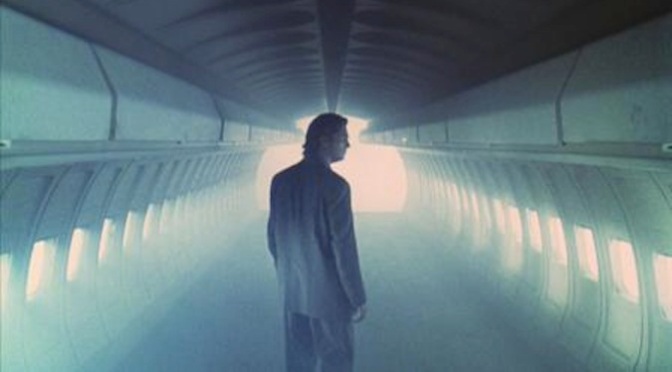 END_OF_DOCUMENT_TOKEN_TO_BE_REPLACED

In many ways our Director Series on Peter Weir can be seen as an excuse to write about The Mosquito Coast, which is the logical culmination of the “early stage” of the director’s career and gateway to those brilliant films that would follow (though calling that Weir’s “later stage” makes it sound like his directing career is a slowly advancing disease). Coast would follow Gallipoli and The Year of Living Dangerously – two well-received Australian films that helped launch Mel Gibson into superstardom – and Witness, which would prove to be Weir’s first American film. The greatness of Dead Poets Society would follow. It’s The Mosquito Coast, though, that’s arguably the most ambitious of any of these films.

And that’s fitting, because although Gibson’s Guy Hamilton and Harrison Ford’s John Book and Robin Williams’s John Keating could conceivably all be described as “ambitious” in one way or another, it’s Ford’s Allie Fox that allows his ambition to get the better of him. Fed up with just about every aspect of America, inventor Fox uproots everything and takes his family deep into the South American jungle. They make a new home – “home” a term used liberally here – on the Mosquito Coast, where Allie’s latest creation provides something magical for the local population: ice. Helen Mirren and River Phoenix appear as Allie’s wife and eldest son, who essentially allow themselves to be dragged into the jungle by this iceman simply because they love him.

END_OF_DOCUMENT_TOKEN_TO_BE_REPLACED

After their 1981 collaboration on Gallipoli, Peter Weir cast the young Mel Gibson again the following year in his feature adaptation of the C.J. Koch novel The Year of Living Dangerously. The film would ultimately end up being one of the first collaborations between an Australian studio and a Hollywood studio, and thus the most ambitious Australian film to date. Good news for both the director and the actor, then, that the movie ended up being one of the year’s finest achievements. If Gallipoli was the announcement of Weir as a commanding big-budget filmmaker and Mel Gibson as a major star, The Year of Living Dangerously was the solidification of that announcement.

The storyline(s) are admittedly numerous, often incomplete, occasionally downright implausible. The historical accuracy isn’t necessarily…accurate. Yet none of that really matters in the grand scheme of Living Dangerously because the characters and the atmospheric beauty of the picture are so absorbingly irresistible, and because the meandering and multifaceted plot is probably actually more true to life. Lives don’t play out in neat one-two-three act scenarios, and the subplots each of us tends to engage in hardly ever come to definitive “ends”. Love comes and goes, things become more important or less, people we thought were one way act another – all of these expressions are at the heart of The Year of Living Dangerously, and the overall impact far outweighs that of a great number of films preaching straightforward plots and historical accuracy only to forget to leave some breathing room for a little passion.

END_OF_DOCUMENT_TOKEN_TO_BE_REPLACED 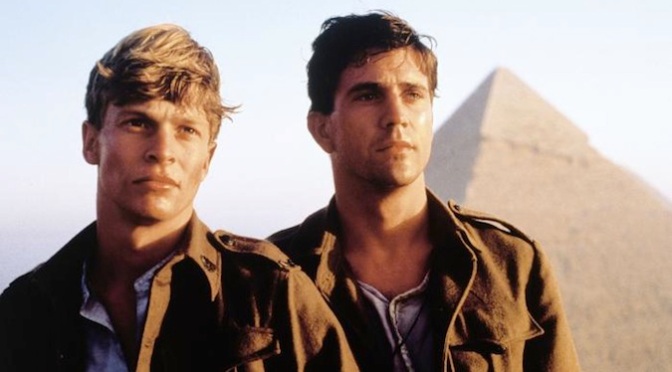 Gallipoli is arguably the feature that catapulted both Mel Gibson and Peter Weir onto the international stage. Though both the actor and the director had found success in the years prior – Weir with The Cars That Ate Paris, Picnic at Hanging Rock and The Last Wave and Gibson with Mad Max – their first collaboration would prove to bring out the best in both of them. Gallipoli spawned plenty of war films and series that would attempt to ride that wave of popularity, but to this day it still remains one of the greatest WWI films out there.

Gibson stars alongside Mark Lee, the latter of whom actually has the larger role despite Gibson’s mug being the only one plastered across the U.S. marketing materials. Lee is Archy Hamilton, hopeful young sprinter from Western Australia who continually hears of the efforts of the Australian Imperial Force on the peninsula of Gallipoli. He first crosses paths with Gibson’s Frank Dunne during a footrace, after which both men travel together to Perth in order to enlist. Their journey is long and full of joy and laughter, but it eventually takes them to the front lines at Gallipoli. Here they confront the reality of war, attempting to hold onto whatever remnants of home they can in the face of such horror.

To be sure, there are no shortage of “loss of innocence” war films. You could even argue that all war films address this in one way or another, even if it’s tangentially through a supporting character or two as in the likes of The Hurt Locker. Not only does Gallipoli get credit for being a precursor to some of the best WWI films of our era, but it’s also worth paying attention to the structuring of the film as a kind of growing, building framework on which we can hang this theme as the credits roll. First off, the focus is very much on Archy and Frank for the entirety of the movie – we only see the battlefield when they see the battlefield, and any notions we have of the war are stemmed from the opinions of the people they meet and the newspapers they read. In this sense, the war is almost a backdrop for a tale about two friends, and Gibson himself expressed as much in an interview (according to the almighty Wikipedia [so it’s gotta be true!]).

END_OF_DOCUMENT_TOKEN_TO_BE_REPLACED 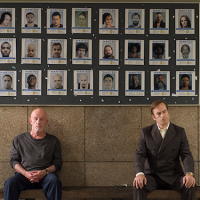