After much hype from last month’s sneak peek at the D23 convention, we now have an official trailer for Jon Favreau photorealistic spin on Disney’s The Jungle Book:

Ron Howard’s In the Heart of the Sea has a third (and best) trailer:

And NYFF has released a quick tease of their Main Slate and retrospective offerings to screen at this year’s fest:

Comedies airing tonight include the season premiere of South Park, the season finale of Dating Naked, and the Republican National Debate.

Narcos is worth the short amount of time it will probably take you to tear through it (stay tuned for our review in a few days). If you’re looking for something more abominable, there’s always S.W.A.T.

Head to our review archive for a few things you might not have known about Apocalypse Now. 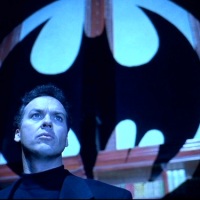