Oftentimes, we yearn for simplicity in movies. There should be good guys, bad guys, and a happy ending. Maybe it was all those fairy tales we heard growing up. Unfortunately, for those looking for the next great American fairy tale, Joel Edgerton’s The Gift is not it.

The first part of the movie plays out like any stalker-thriller movie does. Strange man comes along, takes an unusual interest in a woman or a couple, drops by often for unexpected visits, and is generally creepy (even when trying to help out). In this case, it is Gordo or “Gordo the Weirdo” (Joel Edgerton) an old classmate of Simon (Jason Bateman) who just can’t stay away from him and his wife Robyn (Rebecca Hall) after they move back to California.

It all starts out harmless enough, despite Simon’s constant insisting that Gordo is, in fact, a “weirdo” and they should tell him off. When Simon finally does tell Gordo to leave him and Robyn alone, the situation, not surprisingly, turns from creepy to dangerous.

From this point on, we enter the second part of the movie — the Fatal Attraction stage. Suddenly, both Simon and Robyn are living in fear, especially Robyn. The stalking has turned from harmless, to, for lack of a better word, harmful. Fish are dying, dogs are going missing, no bunnies are boiled, but the comparison to Fatal Attraction is obvious. However, as opposed to Glenn Close terrorizing Michael Douglas for their one-night stand, we still don’t know Gordo’s motives at this point. He might be envious of Simon’s impressive wealth and life, or he might be in love with Robyn, or he might just be a “weirdo”.

All of these potential motives keep the movie simple enough: Simon and Robyn are the innocent good guys while Gordo the Weirdo is the bad guy. However, the third part of the movie complicates this picture, for in the third part of the movie, Robyn follows the trick of all great detectives and seeks motive. Between her search for answers and her deteriorating marriage, she, at the same time as the viewer, finds that it was her own husband, Simon, who drove Gordo to this revenge-seeking madness by bullying Gordo years ago and making up a rumor that he was gay.

The final act is Gordo’s real revenge which comes as a “gift” to Simon after Robyn gives birth. It is a video showing Gordo sneaking into the house while Robyn is passed out. He is wearing a monkey mask (Robyn remarks to Gordo early in the movie that Simon is afraid of monkeys) and gives the impression that he is going to rape her. Whether he actually does or not, no one knows, and the not knowing — whether or not he does or whether or not the kid is really Simon’s — is the real revenge Gordo had been seeking all these years.

Thus, the movie ends that way with no one to root for, no real winners, and no happy ending. Overall, the movie is quite well-done and is able to provide a thrill even without a lot of action. That is credit to the impressive directing by actor Joel Edgerton and equally good acting. Edgerton really is a “weirdo” in the movie and delivers his most important line “you’re done with the past, but the past is not done with you” with the utmost eeriness.

However, aside from all the positive aspects of the film, I am still stuck on the ending. Perhaps I am disillusioned by the whole concept of it not being a happy ending, but, more likely, I just wish the ending was as well done as the rest of the movie. The ending is supposed to be Gordo’s “big revenge” and on the surface it seems to be. He has, in theory, brought Simon’s whole world crashing down in the same way Simon brought his crashing down years ago.

Yet, in the end, Gordo stands to lose even more than Simon does after the ending credits roll. For a brief moment, he has Simon in agony, but what happens after?

Simon turns the video over to the police and then a paternity test is run. If Gordo turns out to be the father, he goes to jail for rape and Robyn, who already plans to divorce Simon, is stuck with a baby that is half a man who raped her. In this case, the most innocent of all, Robyn, who Gordo liked the best, is the biggest loser, while Gordo, who would likely get a long time in prison, is the next biggest loser, while Simon suffers the least damage. In the other scenario, if Gordo did not rape Robyn, then he would still go to jail on a multitude of charges and Simon would end up with a son. Once again, Simon doesn’t really lose out, but Gordo does.

The whole concept of a bullied kid getting revenge many years later on someone, like Simon, who has never learned their lesson, is a fine one, but the actual revenge didn’t seem to serve much of a purpose in the long run. Simon, the bully, will be slightly worse off, but okay. Gordo, the weirdo, will be much worse off, and not okay.

Who is the viewer supposed to root for? The man who stalks, breaks and enters, and possibly rapes all to get revenge about a rumor started about him twenty years before, or the lifelong bully who puts people down to raise himself up? It would be like a country having a presidential election with two of the most unfavorable candidates in history. There’s no right answer, only one answer less wrong than the other, and even that is hard to find. In both cases, the result is frustration.

Perhaps it is more frustrating in the movie’s case because the first three acts gave such promise to how the movie would end. I wasn’t necessarily expecting a severed head in a box to conclude the movie and I’m not even sure if I wanted Gordo to triumph in the end, but if the movie really was leading up to his grand attempt at revenge, I would have liked for him to succeed. As is, “Simon says” Gordo still loses. 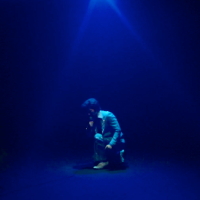