Oftentimes, we yearn for simplicity in movies. There should be good guys, bad guys, and a happy ending. Maybe it was all those fairy tales we heard growing up. Unfortunately, for those looking for the next great American fairy tale, Joel Edgerton’s The Gift is not it.

The first part of the movie plays out like any stalker-thriller movie does. Strange man comes along, takes an unusual interest in a woman or a couple, drops by often for unexpected visits, and is generally creepy (even when trying to help out). In this case, it is Gordo or “Gordo the Weirdo” (Joel Edgerton) an old classmate of Simon (Jason Bateman) who just can’t stay away from him and his wife Robyn (Rebecca Hall) after they move back to California.

It all starts out harmless enough, despite Simon’s constant insisting that Gordo is, in fact, a “weirdo” and they should tell him off. When Simon finally does tell Gordo to leave him and Robyn alone, the situation, not surprisingly, turns from creepy to dangerous.

END_OF_DOCUMENT_TOKEN_TO_BE_REPLACED

At one point Jeff Nichols was slated to direct Aquaman. Let’s let that oddity sink in for a moment, try to picture a big-budget superhero tentpole in the hands of a small-scale operator, compare it to that one time Edgar Wright was going to direct Ant-Man. Oof — too soon. If you don’t know Jeff Nichols (or just confuse him with Mike Nichols) then there are two movies you have to see. The first is Take Shelter, about a family man plagued by apocalyptic visions. The second is Mud, starring Matthew McConaughey in one of his McConaissance roles, about a backwoods constellation of intersecting characters. If you’re sensing that neither of those exactly scream underwater trident-wielding badass, don’t panic! This indicates only that you are still sane.

One commonality between the films is Michael Shannon, a forceful actor who’s risen to prominence with the likes of Boardwalk Empire and Man of Steel, and yet still the kind of guy who seems underrated.  Nichols certainly doesn’t make that mistake, recognizing his talent to such a degree that he can’t seem to make a movie without him. He’s something of a bit player in Mud, but Shannon leads Take Shelter and returns to the fore in Midnight Special, Nichols’ latest film.

END_OF_DOCUMENT_TOKEN_TO_BE_REPLACED 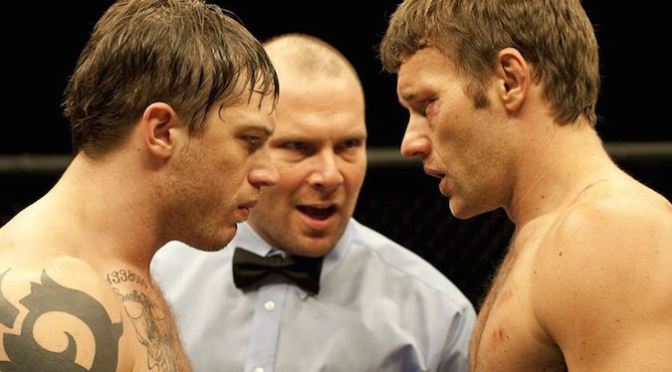 Fun fact: Nick Nolte, of all people, was nominated for an Academy Award for this film.

Gavin O’Connor’s Warrior, starring Nolte, Tom Hardy, and Joel Edgerton, is an emotional tale detailing the effects of an alcoholic father on a pair of brothers and how they ultimately overcome the damage done. One aspect of the film I particularly enjoy is the use of mixed martial arts simply as a frame for the telling of the story, rather than as the true focus of the film. Warrior is about family and pain and forgiveness and regret and utilizes the intensity of physical battle to make these themes come across all the more powerfully.  How could one feel Tommy’s (Hardy) mix of confusion and fear more effectively than by watching him punch another man in the face?

Tommy is the most interesting character in Warrior because he, quite clearly, is the most emotionally sensitive; his resentment of his father is immense, the pain he has felt at the death of his mother and his brother-in-arms is excruciating, his confusion about what he should do and where he should go, and the fear caused by this confusion all translate into his ferociousness in the cage. O’Connor’s decision, as screenwrter, to turn in a quiet character in Tommy is brilliant — Tommy desperately wants to be the “tough guy,” despite being deeply affected by the events of his life. He holds his emotions inside, they bubble, and are frighteningly released in the ring. Had Hardy spent the film blabbering, that interesting character would have collapsed completely. Tommy really would be perceived as the “tough guy,” had he not been so introspective and obviously distressed.