Last year, 2018, was the biggest year ever at the domestic box office. There were some great movies, sure, regardless of their financial success, but it still felt like a weird year for Hollywood. The dark pall cast by the Weinstein case revealed the industry to be hopelessly stuck in the past (to understate the matter), run by rich white men and increasingly monopolized media conglomerates. Green Book winning Best Picture did not help.

So, how did 2019 respond? Essentially in two ways:

I watched about 100 new movies in 2019 and it seemed like Adam Driver was in most of them. The first one I saw was Alita: Battle Angel and the last one was The Two Popes, both of which were full of guns-blazing action. Chris Evans holds the distinction of starring in the year’s biggest (Avengers: Endgame), one of the year’s best (Knives Out) and also one of the year’s absolute worst (The Red Sea Diving Resort). And just when you thought toxic discourse about Star Wars fandom couldn’t explode any further, The Rise of Skywalker and Baby Yoda brought us to the brink of an Alderaan-level event.

But those aren’t the stats you care about. You just came for the best:

END_OF_DOCUMENT_TOKEN_TO_BE_REPLACED

We won’t dive into those twists, because coming in blind is likely the best way to experience this (any?) film. The plot, in its barest summary, follows the impoverished Kim Family as they grow increasingly resourceful in trying to make ends meet. Their collective path crosses with that of the Park Family, one of Korea’s wealthiest, and from there… END_OF_DOCUMENT_TOKEN_TO_BE_REPLACED 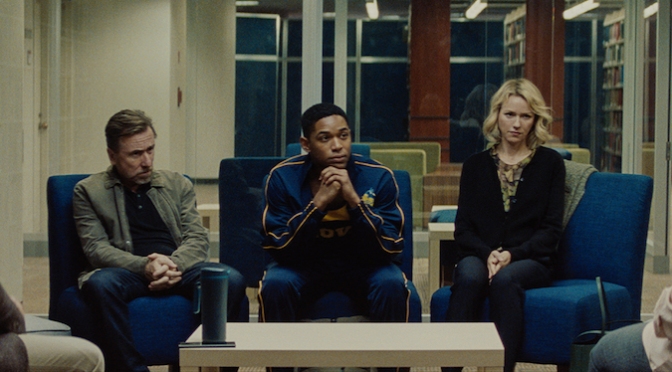 Julius Onah has a lot to say. He stepped onstage just before Luce, his third feature as director, screened as the Opening Night film at this year’s Independent Film Festival Boston. Typically a pre-movie appearance from an auteur amounts to a wave, a bow, a “thanks for coming out!” or, at worst, a visible hostage situation at the hands of a ruthless moderator. Onah, in the span of what seemed like less than a minute, reflected on Luce‘s premiere at Sundance and his hopes for the conversations the film will continue to spur; he referred to the movie theater as “his church”; he drew parallels from the film to his own life experience, having emigrated to the U.S. from Nigeria when he was ten; and he even snuck in a playful dig at IFFBoston, noting that he’d submitted several short films for consideration years ago, all of which were rejected.

His film is similarly assertive of numerous ideas without ever being overly verbose. Luce Edgar (Kelvin Harrison Jr.) is a star high school student in Arlington, Virginia who spent the first seven years of his life surrounded by the violence of war-torn Eritrea. His adoption by a white upper-class American couple (Naomi Watts and Tim Roth) meant a new start, though it also meant a long period of adjustment and self-reconciliation. When his stern (some would say “bitchy”) teacher Ms. Wilson (Octavia Spencer) reads an unsettling essay by Luce and finds illegal fireworks in his locker, the question arises as to whether that period of self-reconciliation is actually still underway. Is Luce the model young American everyone makes him out to be? Or is there a darker side within him, manifesting itself as a sociopathic danger to others?