Whenever a perfect little family poses for a picture like the one taken in the opening scene of Force Majeure, you pretty much know they’re in for some trouble. It’s an oft-used trope showing how easily people can slip into a display of happiness, showing how perception can sometimes count for everything — we touched on a similar scene in our discussion of Robert Redford’s Ordinary People, a film which is on the whole a good touchstone for the themes of Force Majeure. Though the Swedish film suffers slightly from swaths of introspection that last just a bit too long, Force is still one of the most well-crafted family dramas of the past year.

That family is dad Tomas, mom Ebba, little daughter Vera and littler son Harry. They’re on a weeklong getaway at a beautiful mountainside resort in the French Alps for some skiing and relaxation. It’s family time, which Ebba subtly notes has been a much-needed side effect of Tomas’s busy work schedule. This is precious time, so the family does everything together. They ski together, they brush their teeth together, they sleep together on the big master bed. They eat lunch together. They get engulfed by an avalanche together. Family stuff.

END_OF_DOCUMENT_TOKEN_TO_BE_REPLACED 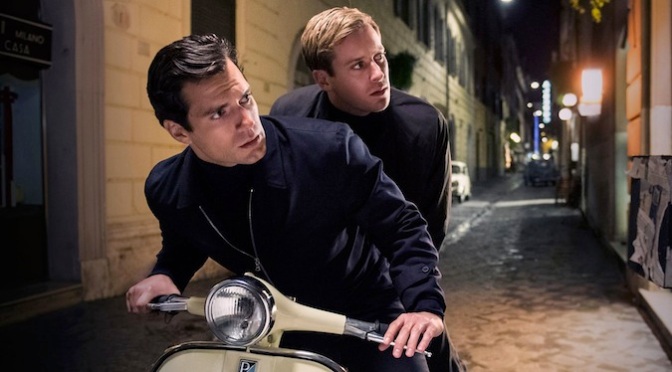 -Spider-Man will join the Marvel Cinematic Universe at last, coming in the wake of a deal between Marvel and Sony. The webslinger will have a solo film and could possibly crop up in Captain America: Civil War. The good people at Collider have dutifully summarized Spidey’s history in the Civil War comics, which is worth checking out for a little background info on what may come to pass in the MCU. Better yet: go read the comics.

-Jon Stewart announced his departure from The Daily Show after more than 16 years as host. He’ll be missed.

END_OF_DOCUMENT_TOKEN_TO_BE_REPLACED

The most impressive aspect of Ida, the 2014 EFA champion and Polish Golden Globe nominee from director Pawel Pawlikowski, is without a doubt the stark visual staging and meticulous shot composition. Unlike Andreas Prochaska’s The Dark Valley — another awards season foreign language contender — the visual beauty of Ida meshes seamlessly with the story rather than overwhelming it. Newcomer Agata Trzebuchowska plays the young nun-in-training of the film’s title, and her forays from the convent into what some might call “the real world” provide the framework for Ida.

Ida was essentially born into her role in the convent, abandoned as a child and only now old enough to venture out. She’s nearly ready to take her final vows and become a full-fledged nun (“It’s morphin’ time!”) but before she does, she leaves the convent to track down her estranged aunt and get a little taste of the outside world. It’s not long before this Catholic nun discovers a truth about her past: she’s Jewish. This is only the first of many threats to Ida’s identity, one focused squarely in the past and in the present, and the revelation of the love and struggle and verve of the world outside the convent shakes up Ida’s future.

END_OF_DOCUMENT_TOKEN_TO_BE_REPLACED 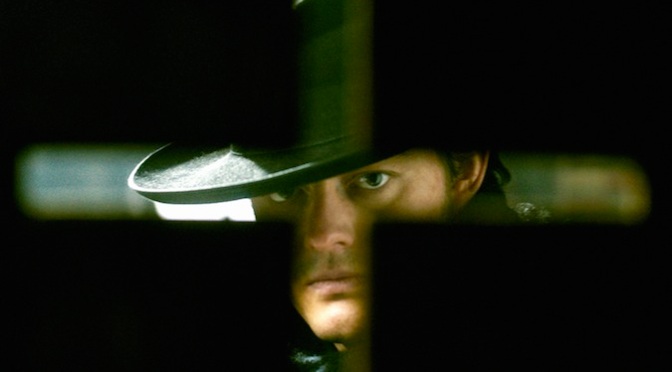 Aside from the title, the majority of Andreas Prochaska’s The Dark Valley is refreshingly original in the way it tackles a familiar story. Perhaps Das finstere Tal, the Austrian title, makes more sense in native tongue and context – but if you don’t care to brush up on your Austrian beforehand The Dark Valley is still to be enjoyed. Prochaska’s resume shows he’s been fairly prolific over the past few years, but most of his projects are horror flicks or TV shows. The Dark Valley looks to be his most mature feature effort thus far.

Sam Riley stars as the lone drifter Greider, largely the strong and silent type, recently arrived at a remote snowbound village high in the Alps. The aforementioned “familiar story” is really just that: mysterious stranger arrives in otherwise comfortable close-knit town, people become uncomfortable; secrets exist for the townsfolk and for the drifter, said secrets are exposed; drifter and young woman flirt with obligatory fling; things seem okay for a while until suddenly, one day, shit hits the fan. These by-the-numbers plot points are most at home in a Western, which is a genre that The Dark Valley is now a part of in spite of the snowy mountain setting (though, agreed, not technically a Western in the American sense – so, an Eastern?), but that familiarity is never crippling. As much as The Dark Valley resembles Once Upon a Time in the West on paper, it’s a starkly different kind of movie.